Skip to content
Home » How Many Heads Does Lord Brahma Have and Why? 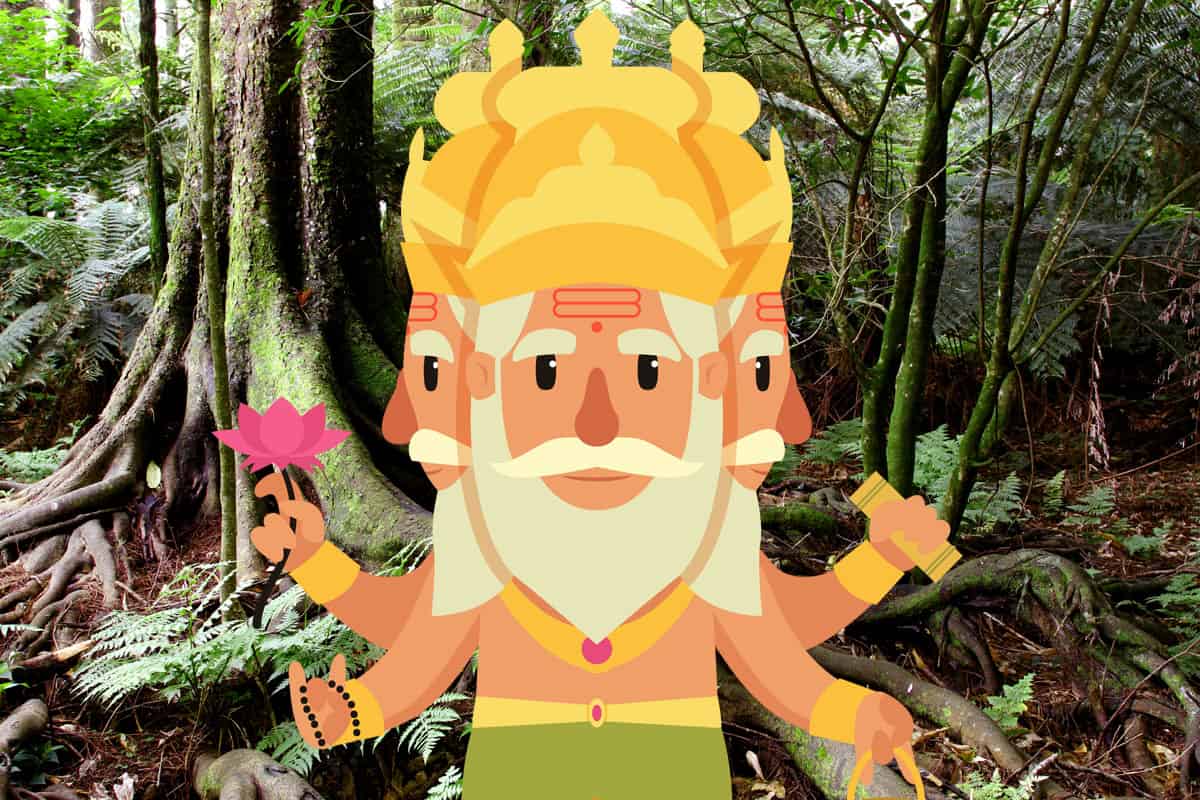 Lord Brahma is one of the three major deities in Hindu Mythology, and is synonymous in some scriptures with the all pervading ‘essence’ of the universe called the Brahman. He is considered to be the creator of the universe and the possessor of all knowledge pertaining to the universe.

Here is an account of the two similar and popular legends surrounding Brahma’s heads and what happened to the fifth head that once existed over the four heads he is now portrayed with.

The Tale of Ego

One of the more popular and straightforward tales about Brahma’s fifth head is that of Ego. It is said that the four heads of Brahma facing the four directions, between them, contain all knowledge pertaining to the universe, and it is said that Brahma’s fifth head, faced upwards and was representative of false knowledge and ego, something that eventually interfered with Brahma’s ability to impart knowledge. Enraged, Lord Shiva eventually cut off this head of Brahma, leading to there being only four heads of Brahma, as is represented in most cases.

The Tale of the Jyotirlinga

This tale comes from the Shiva Mahapurana. It is said that when Brahma came into being, in his ignorance, he claimed that he was the supreme being and had a tussle with Vishnu, commanding him to bow before him. When Vishnu refused they had an argument and eventually it led to a battle between the two.

When either refused to concede, there was the emergence of a bright light referred to as the Jyotirlinga and it seemed to have an endless pathway emanating on both sides of it. Curious to know what it is, both Brahma and Vishnu followed the light in opposite directions. While Brahma took the form of a swan, and advanced upwards, trying to reach the heavens, Vishnu took the form of a boar (Varaha) and went towards Paatal, the equivalent of hell in Hindu mythology.

Eventually they both found out that the Jyotirlinga was a never ending passage of light whose edges cannot be determined. But when they came back and met each other again, Brahma falsely boasted about finding the end of his side of the Jyotirlinga. To add to that, he used the Ketaki flower and convinced it to lie on behalf of him about reaching the edge of the Jyotirlinga. Hearing this, Vishnu conceded and decided to bow down to Lord Brahma, admitting to his superiority. He performed the Sodas Upachara (16 offerings) in honor of Lord Brahma and touched his feet as a sign of respect.

This is when Lord Shiva, in the form of Bhairava, emerged from the Jyotirlinga and, enraged, cut off Brahma’s fifth head. Brahma suddenly came to his senses, became apologetic and admitted to his errors. Bhairava also cursed the Ketaki flower to only be offered in worship ceremonies of Lord Brahma. He also concluded that only Agni (the fire god) should be allowed to bear witness for any event henceforth.

These are two of the most popular stories that narrate the loss of Brahma’s fifth head.