Skip to content
Home » Why is Vishnu Important: The 10 Avatars 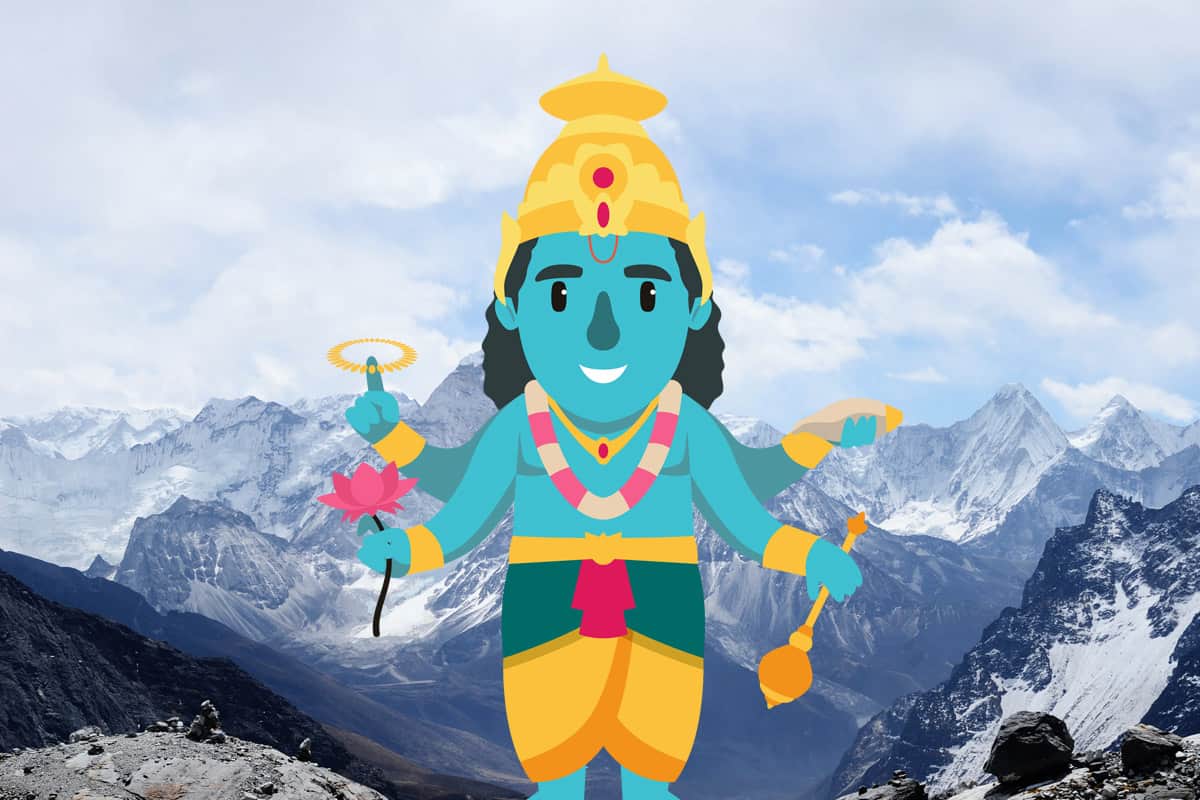 Though there are hundreds of deities in Hinduism, Vishnu is one of the religion’s primary – and most important – gods.

Vishnu’s role within the Trimurti, or holy trinity of Hinduism, exemplifies his importance. While Brahma is the universe’s creator and Shiva it’s destroyer, Vishnu acts as the balancing preserver of the two forces. The existence of the universe as we know it depends on Vishnu’s ability to protect and keep the peace of the cosmos, also known as dharma. To do so, Vishnu visits the earth as avatars, or invocations of his godly self, and the avatars of Vishnu are some of Hindu mythology’s most recognized and beloved characters.

So, how did the god Vishnu journey from the ancient texts of one of the world’s oldest religions to become one of the most famous deities today?

Why is Vishnu Important?

Hinduism is one of the world’s oldest religions, and Vishnu appears in the religion’s oldest holy texts, the Vedas, and in the most important, the Rig Veda. He is mentioned numerous times alongside other gods, but his profile continues to rise in prominence and popularity throughout later texts, such as the Brahamanas, cementing his status as supreme god. His avatars are featured throughout many of Hinduism’s great epic stories.

Vishnu is one of the three Hindu gods that make up the holy trinity of Hinduism, the Trimurti. The other two gods of the Trimurti are Brahma and Shiva, responsible for the creation and destruction of the world. In fact, in perhaps demonstration of his seniority, some accounts tell that Vishnu’s navel grew the lotus flower that birthed Brahma.

Vishnu’s wife is Lakshmi, the goddess of good luck, wealth, and prosperity. He is also said to have wed Ganga and Sarawati, two other goddesses, at one point, but he was unable to live with the demands of three wives and sent Ganga and Sarawati to serve as husbands to the other two gods of the Trimurti.

Vishnu has the most avatars of any Hindu god or goddess. Each avatar represents an incarnation of Vishnu, sent to Earth by the god himself and charged with keeping the peace or battling some evil.

Vishnu’s avatars are the heroes of many of Hinduism’s greatest legends and epics. Though Vishnu is fabled to have hundreds of half-avatars, his ten primary avatars are referred to as the Dashavatara:

Vaishnavism is the largest sect of Hinduism and is practiced today by more than 2/3 of Hindus. Within this sect, Vishnu is the supreme God; without Vishnu, there would be no Vaishnavism for 650 million Hindus to follow!