Skip to content
Home » Ogres vs Dwarves: What is the Difference? 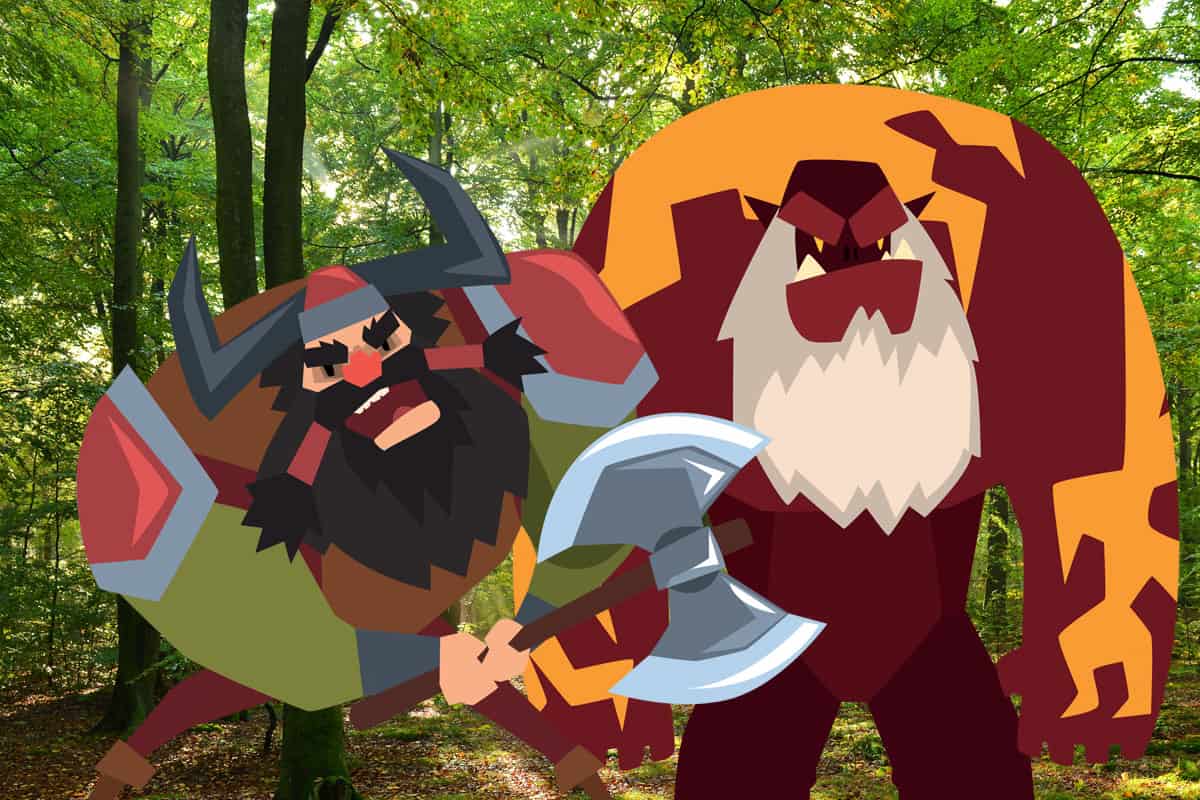 Dwarves have captured human imagination since time immemorial, and myths abound of these diminutive and industrious creatures. Ogres have a darker history, with their giant size and a thirst for the flesh of human infants, and are very different from our garden gnomes forefathers.

Ogres sprung from the Estrucan myths of Orcus, god of the underworld, whereas dwarves emerged from Old Norse myths and later Germanic and Scandinavian folklore. Dwarves are intelligent and often help humans if they earn their trust. Ogres are avaricious with a ravenous appetite for human flesh.

It is not merely the size and shape that make dwarves distinct from the giant, foul-smelling ogres of myth. If you can’t tell a dwarf from an ogre, here are some distinctions that set the two mythical beings apart from one another.

Although dwarves appear in numerous forms in the old languages of Europe, they are strongly linked to Old Norse mythology. Dwarves appear in the Prose Edda in the early 13th-century book written in Iceland. There are origins entwined with that of the svartálfar (black elves associated with death and the doors to the underworld).

The word dwarf appears in several forms across Europe, including:

The Norse dwarves were often associated with metallurgy, mining, and precious metals and made many of the magical weapons of the gods, such as Odin’s spear Gungnir.

Tolkien’s works have influenced the modern vision of dwarves who appear long-bearded and skilled at mining and metalcraft. They also have long lives and are typically distrustful of other creatures such as elves and often humans.

The child-eating ogre has many counterparts in our collective cultural myths. Historians link the origin of the word ogre with the Old French word Orcus and the ancient Etruscan deity that ruled the underworld. Ogres first emerged in the 12th century in the writings of the French Chrétien de Troyes Perceval. The French poet linked the ogre with Arturian legends of Early British folklore.

The ogre’s older Norse origins may also hail back to the giants called the Jötunn, who roamed the fearsome landscape of ancient Norse folklore. The ogre was a hideous giant and devourer of human flesh and rose in popularity in the 17th century in Charles Perrault, Contes de ma mère l’oye, or Tales of Mother Goose.

The ogre character was popularized by modern fairy tales such as Jack and the Beanstalk and Jack, the Giant Killer. In many stories, these malevolent giants had a keen nose for human blood and often could shapeshift, as in:

Dwarves look entirely different today from their Norse counterparts. The original dwarves, or svartálfar, were dark, misshapen creatures. Modern conceptions of dwarves are mostly modeled on the iconic works of JRR Tolkein.

Tolkien’s dwarves were bearded, short creatures resembling older men with an extended mortal life and a hostility to Elves. Even Tolkein’s female dwarves sported beards in his famous works.

Ogres were hideous creatures that towered over even the tallest mortal man. Unlike trolls, they did not have a craggy stone appearance but were more humanoid. They were hairy creatures and enormously strong, although their appetite for flesh made them rather stout of frame.

Although not all ogres shared the same features, ogres typically shared these common features:

Ogre myths often refer to their voracious appetites, particularly for the flesh of human infants. Ogres frequented remote areas such as grottos and caves, and legend and tales often depicted these foul-smelling creatures as dull-witted and slow. Although they are not always malicious, stories often involve ogres kidnapping and eating children or invading and decimating remote villages.

The more modern myths attribute the ogre a status and association with wealth, such as jack and the Beanstalk. They often occupy castles and live in family units much like mortal men.

Ogres have a great appetite for flesh, of which they may consume incredible amounts in one sitting. Older myths often refer to ogres eating each other if they can not find human flesh to fulfill their ravenous appetites.

Dwarves are often cunning and highly intelligent, and frequently they are mistrustful of other beings, particularly elves. They usually live extremely long lives and develop strong bonds with their relatives and friends.

The early Norse dwarves were associated with poetry, as they created a honey mead from the blood of a god that had magical powers of oratory. Extremely hard-working, traditional dwarves were industrious and shied away from laziness.

Often they are shy and elusive creatures akin to the faeries and are hard-working smiths and miners of the earth. German dwarves are the shyest of humans in traditional folklore and prefer to remain in their underground dwellings. These German dwarves also may bestow wealth on the rare humans that they take into their trust.

Generally speaking, dwarves were not considered evil or malevolent creatures and often helped humans or rewarded them with gold and treasure. Ogres, on the other hand, were a bloodthirsty bunch and typically preyed on humankind.

Modern ogres typically rely on their immense size and strength to inflict damage on the human race. Their large size and mass make them formidable enemies, but luckily their intelligence does not match their appetites for flesh.

More intelligent than a traditional troll, ogres are still often outwitted by their human counterparts. Like Jack in Jack and the Beanstalk, even children may elude their mighty grasp. Often modern fairy tales such as Puss in Boots accord the ogre the ability to shift their shape into any creature to find or beguile their human prey.

Other powers common to ogres include a keen sense of smell which they use to sniff out the scent of human blood. Most of us can remember the good old childhood “Fee Fi Fo Fum, I Smell The Blood of an Englishman!” From Jack and the Beanstalk.

The old Norse dwarves had magical powers and were skilled metalsmiths who often (reluctantly) forged weapons of the Gods such as Odin’s lance Gungnir and Thor’s hammer. They also created beautiful and magical jewelry and were closely associated with precious metals within the earth.

Other powers of dwarves included:

Unlike Ogres, dwarves are not evil and often help their human counterparts. The hard-working, diminutive dwarves contrast the lazy, greedy, and mean-spirited ogres usually towered above even the tallest mortal. The dwarves make a neat contrast with their intelligence and sense of industry from the foul-smelling child eaters of Norse mythology.