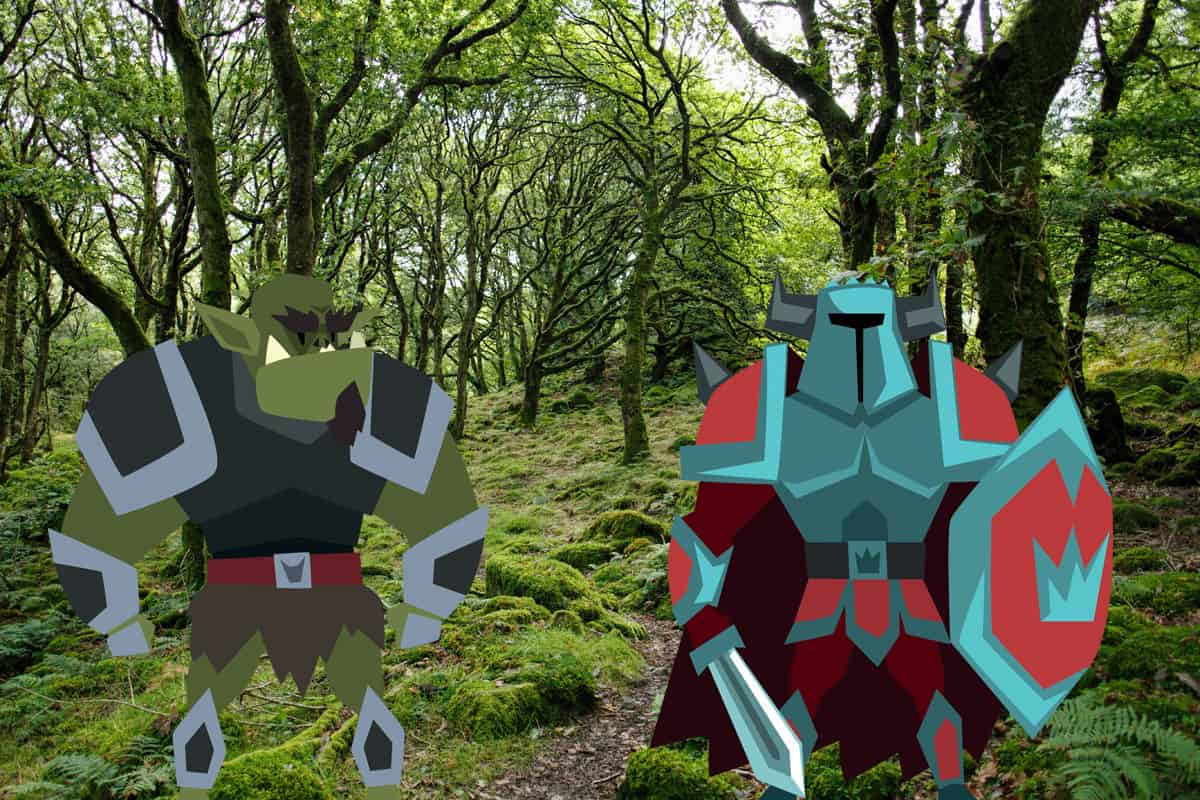 Goblins are such famous creatures of fantasy that their names go along with ghosts and ghouls as the big three spooky monsters of the night. From the Middle Ages to the present, goblins have served as the central characters and often antagonists of many stories, tales, and songs.

Across Europe and with variations in other countries, the goblin’s stories vary wide and far – and where there are goblins, there are those who fight against them. This article talks about several famous enemies of goblins in folklore and other stories. Different goblins mean different heroes and villains!

The Many Enemies of the Goblins

1. The Dokkaebi and the Old Man

The old man was once the friend of the Dokkaebi. This Korean goblin was fearsome and awesome in appearance, but the old man was kind and offered him a drink. However, as their friendship progressed, it started to have a terrible effect on the old man. One day, the old man saw himself in the river – and he, too, was becoming a goblin!

2. Azog the Goblin and Thorin Oakenshield

In J.R.R. Tolkien’s The Hobbit and other books set in Middle-Earth, orcs and goblins were the same creatures. The goblins (or orcs) were dimwitted servants of Darkness and the main foot soldiers fought by the ensemble of heroes who fought for the Light.

One infamous orc was named Azog the Goblin, and he was known for slaying the grandfather of the king of the dwarves, Thorin Oakenshield. In the film adaptation of The Hobbit, Azog led his Dark armies against the people of Middle-Earth, and Thorin the dwarf rose to meet him. The two had a mighty battle. Azog mortally wounded Thorin, but before the dwarf died, he managed to slay Azog.

In the ballad Willie’s Lady, the eponymous Willie met a beautiful woman and fell deeply in love with her. The two planned to marry, but Willie’s mother hated his new wife. She offered gold and charms to marry someone else, but he refused.

A year later, Willie’s wife was about to give birth. His mother, a terrible witch, placed horrid spells upon the woman so that she couldn’t give birth. The wife cried out for help and a heroic hobgoblin named Billie Blind appeared to help her.

When Billie discovered what was going on, he went to find Willie and told him the whole story. Together, Billie and Willie created a wax doll that looked like a newborn baby. In a rage, the witch demanded to know who had undone her charms. As she named each charm, Willie found it and dismantled it, allowing his wife to deliver their child.

Bauchans are mischievous hobgoblins from the Scottish Highlands. A farmer named Callum Mor MacIntosh found one in his home one day and could not get rid of it. It was angry and constantly aggressive toward him, though it never actually hurt him. It was a shapeshifter who could transform into a goat, and it liked to play pranks frequently.

However, when Callum treated the Bauchan kindly, it would reward him by helping with tasks around the farm even while it continued to be verbally belligerent. Eventually, their tumultuous enmity-friendship progressed to the point that, when Callum left Scotland to start a new life in New York, the hobgoblin went with him to tend his land.

Puck the hobgoblin in A Midsummer Night’s Dream was the vassal and jester of Oberon, King of the Faeries. Oberon and his wife, Queen Titania, had a quarrelsome and troublesome relationship. Often, when Oberon wished to show his anger at his wife, he’d send Puck to wreak havoc upon her.

While performing acts of vengeance for his master, Puck came across a young bard named Nick Bottom, who he enchanted for a prank to have the head of a donkey. When Oberon’s plan came to pass, Titania fell deeply in love with the first person she saw upon awaking – the donkey-headed Nick.

Eventually, Oberon freed Titania for her enchantment and ordered Puck to undo his spells. He was unhappy about it, but eventually agreed. When Bottom awoke, human once again, he thought it had all been a dream thanks to Puck’s magic.

6. Dungeons and Dragons Goblins and Elves

In the Dungeons and Dragons series, goblins are some of the most common enemies. They are mostly neutral evil creatures who are described as “black-hearted”, savage, and enjoy killing for fun. Meanwhile, the elves are generally their opposite – refined and chaotic good, respecting and preserving light.

The Eladrin, the ancestors of the elves, clashed often with the goblins, deepening the blood-rooted enmity between the two groups that carried on into the present. They are mortal enemies who will fight over almost anything – but they are not above joining forces in times of great strife.

If a common enemy arises who is a greater threat to them than they are to each other, an elf and a goblin can work well together and even become friendly in their party. However, once the enemy has been defeated, all bets are off, and they return once more to their antagonism.

What’s a good hero without a villain, and vice versa? Goblins have been both and none and either in countless stories! Their counterparts in each story serve to bring out the most interesting sides of them. These goblin enemies are interesting precisely because they are just as unique. 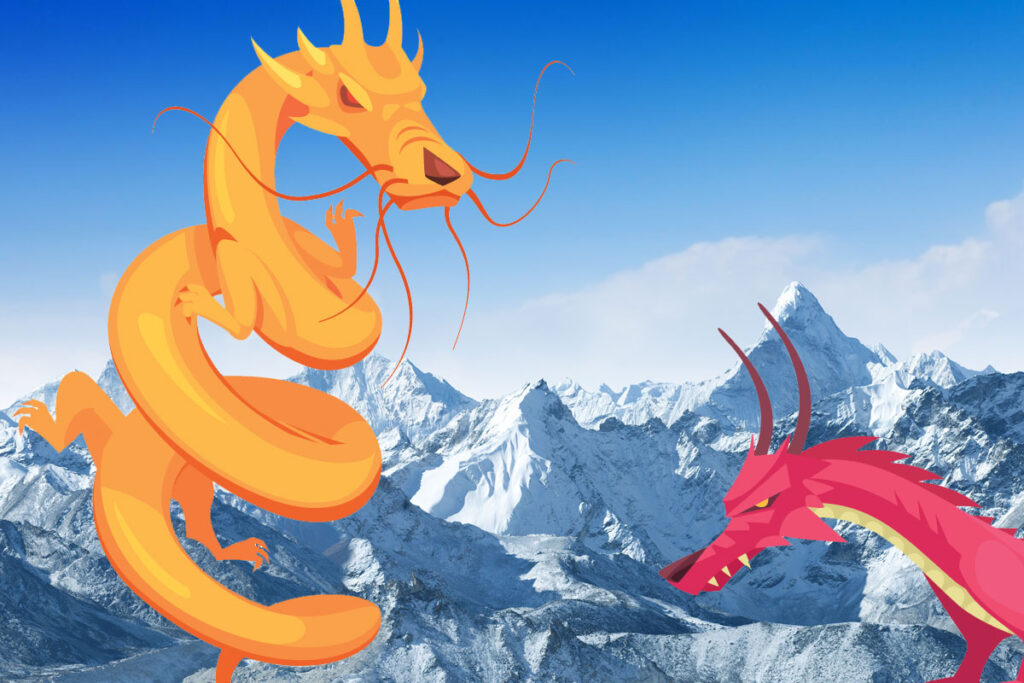 Are Dragons Good or Evil? 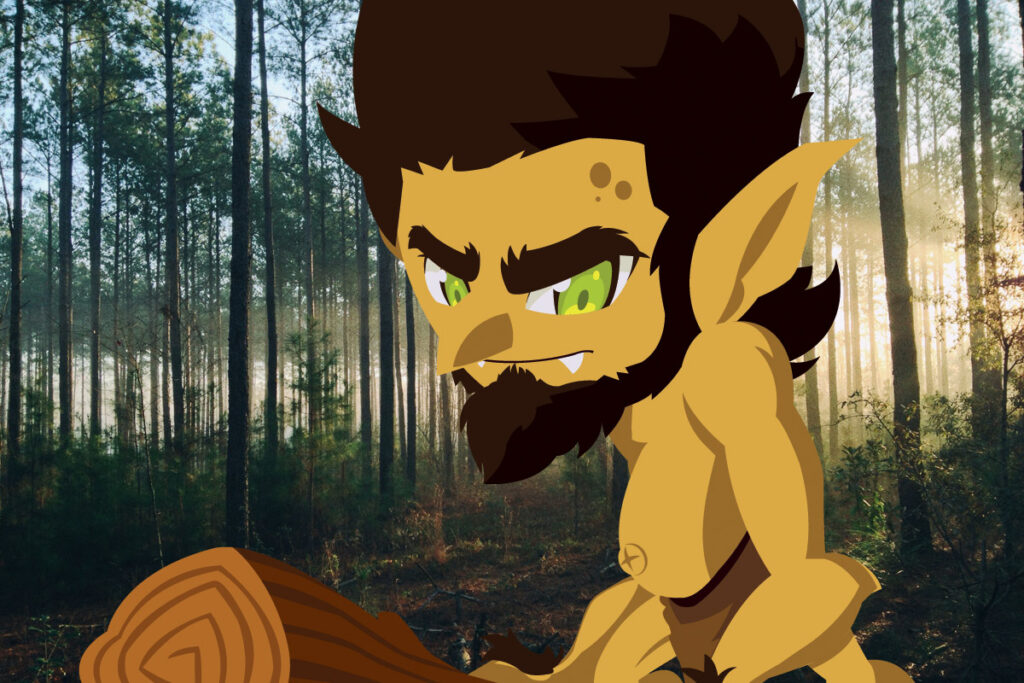 Are Trolls Good or Evil?

Stemming from Scandinavian folklore, trolls are typically divided into two categories. There are the mountain …