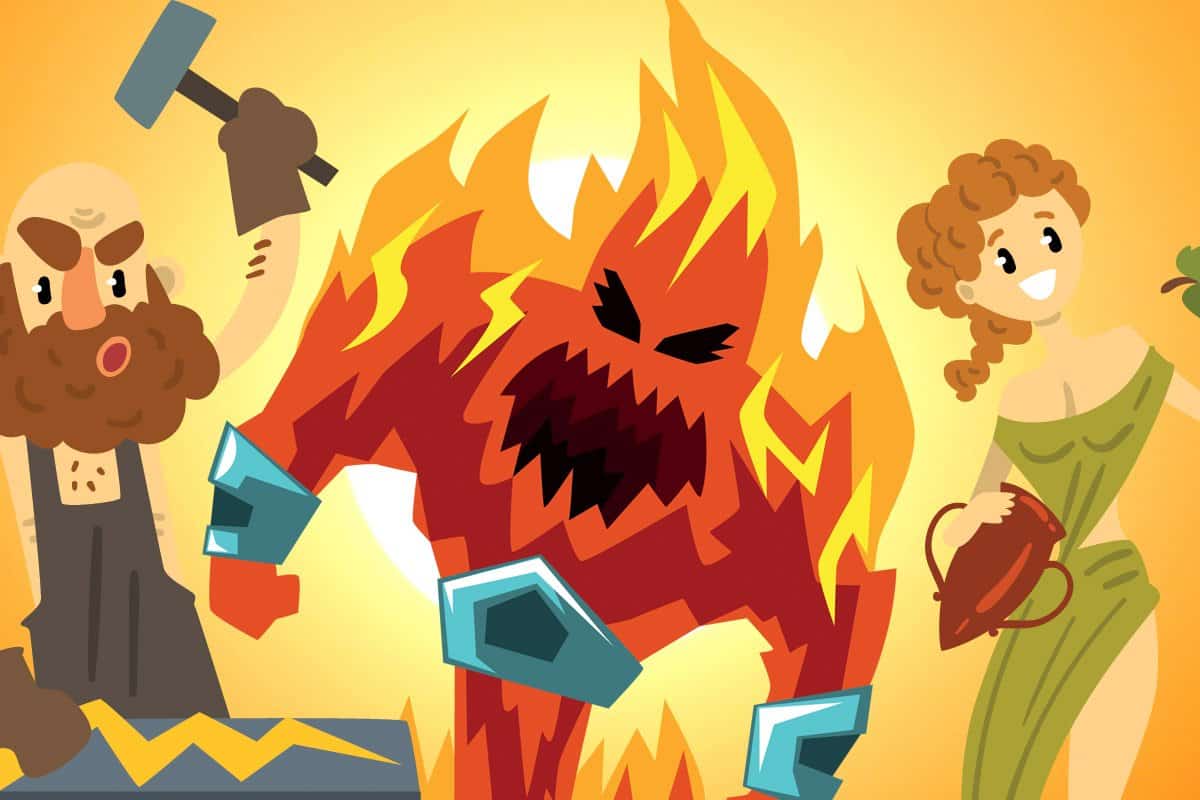 Greek mythology has its way of creating a deity, creature, or tale for anything and everything imaginable.

It’s no surprise that there are a plethora of gods associated with fire and all its aspects in one way or another. These gods range from minor figures to major players in this world.

Not many goddesses are associated with fire in Greek mythology. Hestia is one of the select few being the goddess of the hearth and its fires. She is also a part of the 12 olympic gods Greek mythology wraps itself around. Greek home life was centered around the hearth as it offered warmth and provided a place to cook meals. This is where worship for Hestia took place as well.

It was general, and respected practice, to offer Hestia the first and last portions of meals and wine at large feasts. The fire was supposed to be constantly burning in the hearth and if it went out this was said to be neglectful of not only Hestia, but household duties as well.

When gods such as Poseidon and Apollo were presented as suitors Hestia swore to stay an unmarried maiden forever. For doing this Zeus gave her the honor of overseeing all sacrifices in the name of worship.

Apollo finds himself in the important position of an Olympic god. He was essentially a jack-of-all-trades god powering over things such as: music, plague, archery, poetry, and the sun and light to name a few. What brings him to this list is his domain over the sun and light.

Although the sun is not fire in the traditional sense, he still rules over that flaming ball of gas. Apollo was the son of Zeus and took his role in Olympic society very seriously. Everyday he drove a chariot pulled by fiery horses that pulled the sun behind it. This job was passed to him from Helios after Zeus made Helios give up the position.

Apollo is what is known as an oracular god, working closely with the oracle Delphi as her patron deity. Apollo and his sister Artemis are known as the creators of archery but Artemis is more known for this feat than her brother.

Ankhiale was the titan goddess of warmth from fire. She was married to Hectarus, the titan god of hands and was the mother of Dactyls, a metal worker. Altogether, this family is said to represent the power of human creation through their hands and their ability to utilize fire. Ankhiale’s brother was Prometheus, who finds himself on this list as well.

Ankhiale was considered a cretan nymph which are creatures that live for a long time but do not live forever like gods. The contradiction of this comes from the lack of information on Ankhiale. Aside from her basic family and powers there is not much information as she was a minor deity in this society.

Hephaestus is the god of blacksmiths, metal working, and volcanoes among a list of other things. These trades work closely with fire which inadvertently makes Hephaestus a god of fire in a way similar to Hestia. Since he was a smithing god he made all the weapons for the gods on Mt. Olympus.

The three main symbols he’s known for are an anvil, a smithing hammer, and tongs. Hapheastus walked with a limp which was described as lameness. Because of this his mother Hera cast him out of Mt. Olympus, it’s said he was kicked out a second time by Zeus trying to protect Hera. Eventually he was brought back to Olympus by Dionysus and remains one of the only Gods allowed back in after exile.

Hephaestus is said to be the only god that has an ‘ugly’ appearance, this is most likely due to the ‘lameness’ that he suffers.

Helios is the literal personification of the Sun. Usually he was depicted with a crown that had rays like the Sun. Like Apollo, Helios also drove the chariot that pulled the sun across the sky. The chariot was pulled from East to West, every day, by four white horses. His position as the Sun gave Helios the unique ability to be “all-seeing.”

There is nothing that confirms this, but rumors say that he could see and hear everything while the sun was in the sky. Because of this Helios was often referred to in Greek life and people spent a good amount of time ensuring they were in his good graces. Helios had a son, Phaethon, who went missing in a tragic accident while driving the chariot. Helios gave his chariot to Hades in exchange for Hades to look after Phaethon in the afterlife.

During this exchange Helios’ job was given to Apollo by Zeus who had gifted Apollo a golden chariot. It’s unclear whether this myth came from ancient historians as an explanation for the lack of worship and favorability amongst humans for Helios or if this is a myth that found it’s grounding in the creation of Greek mythology.

Last, but certainly not least, is Prometheus. Prometheus is the titan god of fire. His most notable story was when he defied the gods and stole fire for humankind. He is also known for the creation of humanity in general, building people through clay. As a punishment for his crimes of stealing fire and giving it to humanity was brutal.

He was bound to a large rock by Zeus, who sent an eagle to eat his liver out. His liver would grow back by the end of the day just to have the eagle come back and do it all over again each day. It’s said that he was eventually released from this prison by Heracles (not to be confused with Hercules).

Prometheus could be traced back to many different institutions integral to human life. Amongst those things, Prometheus could be credited for: animal sacrifice, human creation, technology, civilization, the phoenix, and science to name a few.

18 Evil Greek Gods and Goddesses: Who Are They?

In Greek mythology, many of the Gods have both positive and negative traits. This was … 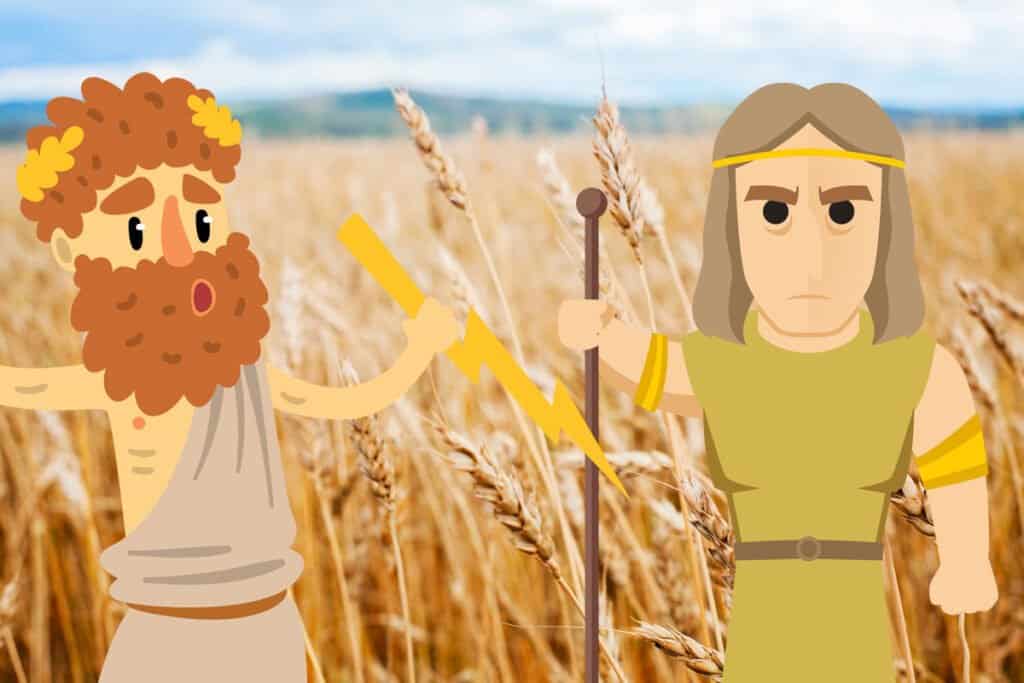 Zeus vs Jesus: What is the Difference?

Although both figures are incredibly well-known, there are a lot of differences between the Greek …