Skip to content
Home » How Tall is a Centaur? 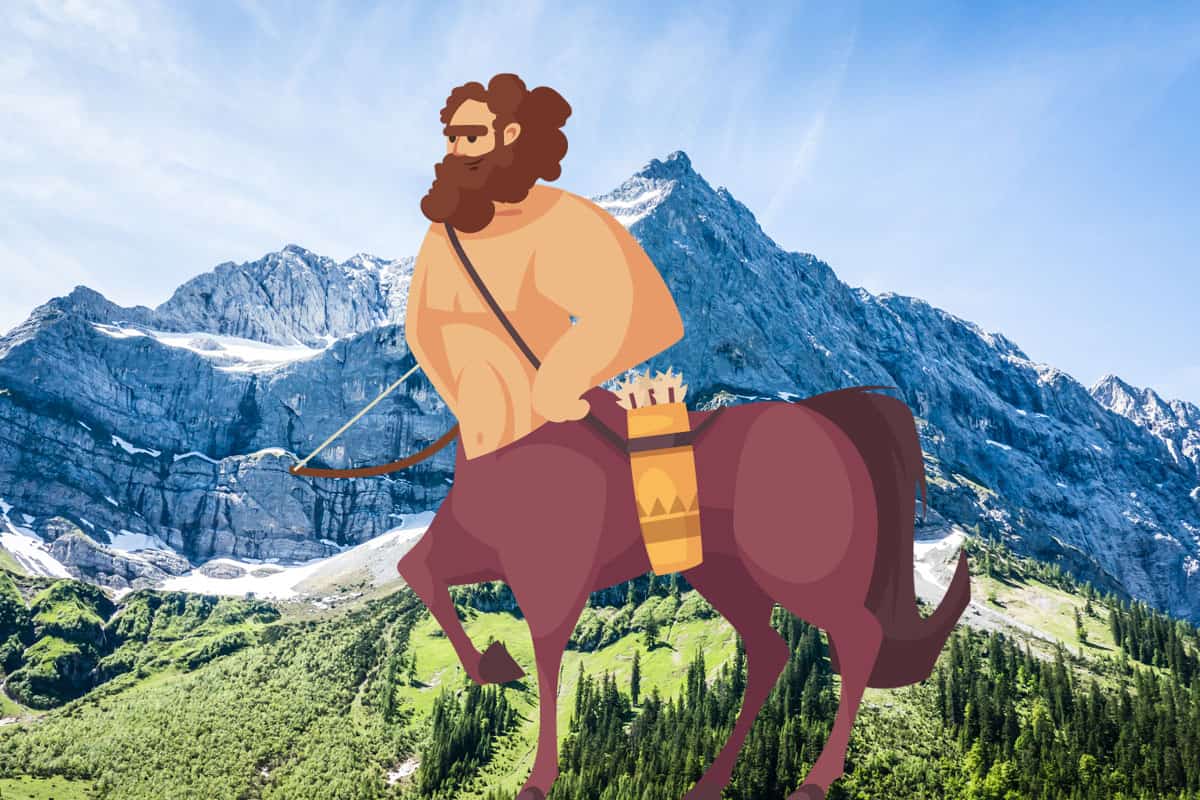 Centaurs are half-man, half-horse creatures of Greek legend. With the torso of a man and the legs and body of a horse, imagine how tall such a creature could be!

The average horse is between 5 and 6 feet tall, while an average male human in Ancient Greece stood at around 5 feet and 7 or 8 inches according to skeletal records. Since they’re not placed on top of each other, but rather joined at the torso, most records place an average centaur at 7 feet tall as a result. This is also around the height of a rider on a normal horse! Some estimates range up to 9 feet!

Centaurs are interesting in how they combine man and beast. Their size, speed, and intelligence were core parts of mythology.

Why Are Centaurs Taller Than Just a Man or Just a Horse?

Many theories of the origin of the centaur myth place its roots in nomadic horse-riding tribes. For those tribes who had not ever seen a man atop a horse before, it was likely so strange that they thought they had come across another creature. Of course, a man riding a horse is sitting, so the boost of his height on top of the horse only adds an extra foot or so, perfectly accounting for the height of a centaur.

Why Were Some Centaurs So Much Bigger?

One of the tribes known for horse-riding were the Celts, who served as a sort of bogeyman in both Ancient Greek and Ancient Roman lore. The Celts were much taller than the average Greek – by some estimates, by as much as half a foot! It makes sense, then, that they would see the horse-mounted men as extremely tall.

Are All Centaurs the Same?

There are a few main types of centaur in Greek mythology. The most common were the children of Ixion and Nephele, a human king and a cloud nymph, or the children of Centaurus and many mares, an ugly human and several female horses. Zeus also fathered a group of centaurs in Cyprus by spilling seed on the ground there after being rejected by Aphrodite. These centaurs, unlike the mainland Greek centaurs, had horns – probably adding an extra inch or two to their height. All of these centaurs in both groups were considered savage, wild, and physically dangerous.

Finally, there were Chiron and Pholus, both wise centaurs who were friends to humans, intelligent beings, and medicine men, and teachers. Both had different heritage from the other centaurs – Pholus was the son of Silenus, a teacher of Dionysus, and one of the Meliae nymphs. Meanwhile, Chiron’s mother was a nymph named Philyra, who was raped by the Titan Kronos while he was in the form of a horse.

Unlike the other centaurs, Chiron (and sometimes Pholus) were represented with the full body of a human man, complete with genitals and front legs. Only from the behind did the horse begin, with the rest of their body and the back legs being equine. Because of this, these centaurs were considerably shorter than their wilder kin, roughly a man’s height.

Who Were the Lapiths?

The Lapiths (or Lapithoi) were the cousins and sworn enemies of the centaurs. In one version, their father Lapithes was the twin brother of Centaurus, father of the centaurs. Their constant war came to a head during a battle known as the Centauromachy, where the centaurs were defeated. Unlike their cousins, the Lapiths were all completely humanoid and of average human height. Male Lapiths would have been the same as male Greeks, while females shorter by a few inches.