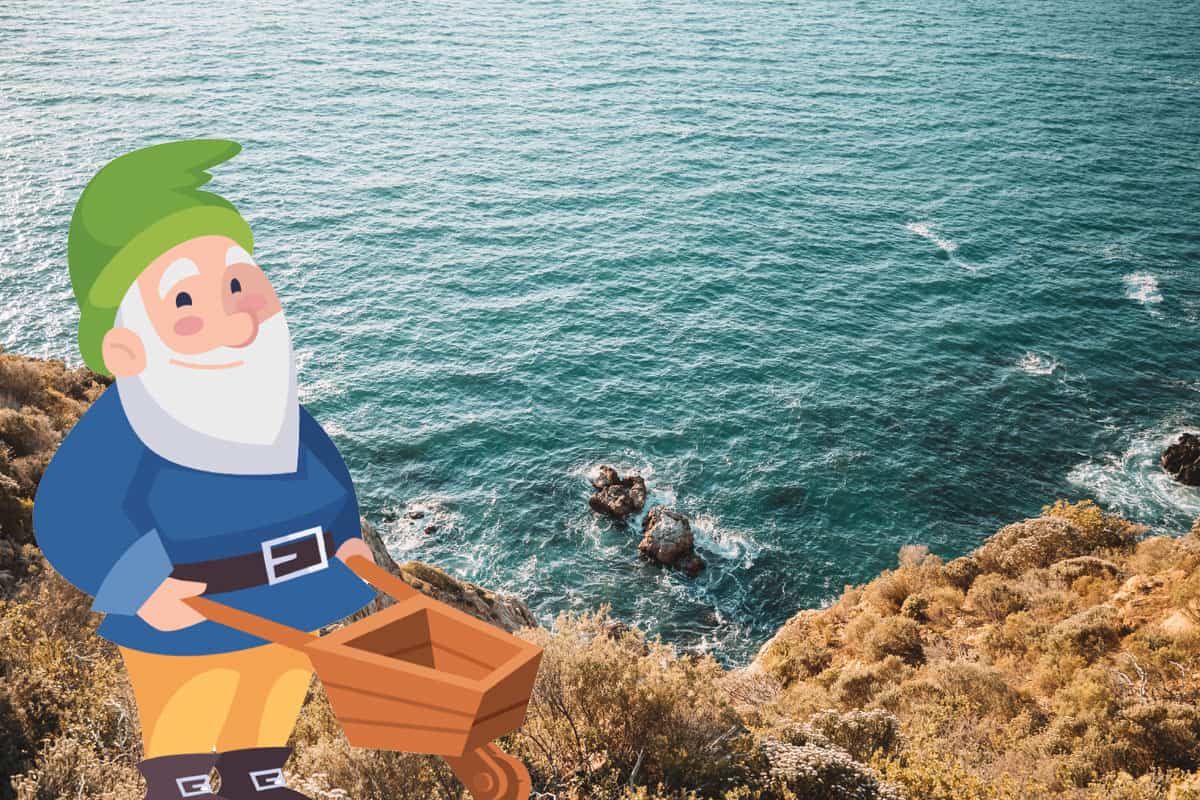 A mythological creature that dates back to the 16th century, gnomes are well known today thanks to how ubiquitous garden gnomes are in gardens around the world. But why did people choose gnomes, in particular, to place in their gardens? What do gnomes represent that makes them so unique?

Gnomes represent good luck, and mythological gnomes are believed to provide protection. As they live underground, this particularly applies to things found in the ground like buried treasure and precious minerals and metals. They were also thought to watch over farms, crops, and livestock.

In this article, I’ll look at why gnomes are thought to be protectors of the earth. I’ll also look at the development and popularity of garden gnomes.

Gnomes As Protectors of the Earth

Gnomes first appeared in A Book on Nymphs, Sylphs, Pygmies, and Salamanders, and on the Other Spirits by Paracelsus, which was published in 1566. Their name itself signifies their links to the earth. Though the word “gnome” is an invention by Paracelsus, he used the Latin root word gēnomos, or “earth-dweller” to come up with it.

Paracelsus classifies gnomes as earth elementals, linking them to the ground. In Swiss folklore, gnomes are linked to gold – when humans become corrupted by gold from a gold mine belonging to the gnomes, the gnomes retaliate by causing a landslide.

Another well-known description of gnomes is from the text Comte de Gabalis by Nicolas-Pierre-Henri de Montfaucon de Villars. The text describes gnomes as the “guardians of treasures, minerals, and precious stones.”

These descriptions all linked gnomes to the earth and made people think of them as protectors of treasure. Additionally, Villars also describes gnomes as giving others money, as they don’t need it. Furthermore, in the Swiss folklore noted above, the gold mine was initially created by gnomes for humans – it was only after the humans became greedy that the gnomes caused the landslide.

This folklore around these diminutive creatures has led to them becoming symbols of luck and protection.

Garden gnomes were first introduced in the late 1700s and early 1800s in Switzerland and Germany.

However, a tradition of putting out figurines and statues representing mythical creatures and gods and goddesses has existed since ancient Rome. At this time, citizens would put out small stone figures of the fertility god Priapus, who was also thought to be the protector of floors.

These figures became popular following the end of the Second World War and the release of the animated movie Snow White and the Seven Dwarves. Today, they’re present in gardens around the world.

However, garden gnomes remain especially popular in Germany – it’s estimated that there are over 25 million figurines in the country! That said, if you want to see the largest garden gnome in the world, you’ll have to travel to Canada instead – a gnome created by Ron Hale stands at 26 feet (7.92 m) tall and is located in Nanoose, Canada.

While you may think of garden gnomes as just another kitschy piece of décor in your garden, there’s actually much more to them than that. They represent the continuation of a centuries-old tradition and are a way of asking for luck and protection for your home and your land.