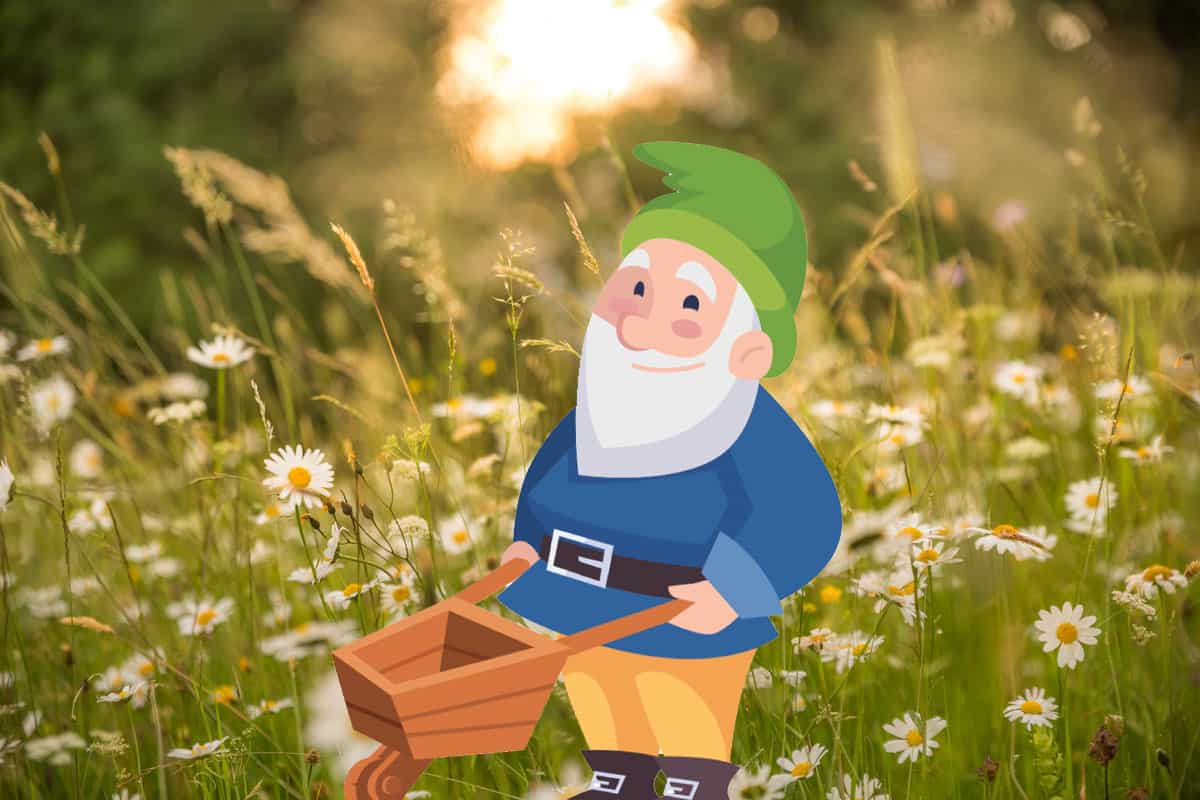 The garden gnome that sits quietly in your front garden has a long history in myth and legends. Far from mere decoration, early gnomes in Scandinavia and Germany were protective spirits who ensured their favored humans were safe and prosperous.

Gnomes bring good luck to humans that earn their trust. Early gnomes from Scandinavian and Germanic myth protected the farms and houses of their human hosts, made crops and plant life bountiful, and tended the animals. Modern gnomes ensure beautiful gardens and protect humans and animals from harm.

The brightly colored statutes that we know today were once powerful guardian entities that lived amongst humans in their barns and homes. Gnomes favored humans who were kind to animals and plant life and respected their presence. If you have a gnome in your garden, here are some of the reasons why you might find yourself lucky.

Gnomes Have a History of Bringing Good Luck

Paracelsus, a swiss philosopher, was the first to give our modern gnome its name in the 16th century, although these shy, diminutive creatures had their counterparts in several older myths. Etymologists linked Paracelsus’ gnomus to its Old Latin root ‘génomos’or ‘earth dweller.’

Far back in our past, Old Norse mythology recognized a group of diminutive creatures, dvergar or dwarves. These creatures lived within the earth and were closely associated with mining, precious metals, and the skill of superior metalsmithing.

These early dwarves are distinct from what we understand of gnomes today; modern gnomes share a strong connection with the Scandinavian Tomte and Nisse as well as the Germanic Gartenzwerge or ‘garden dwarves.’

The Luck of the Tomte

The tomte or ‘homestead man’ were familiar spirits to the early Scandinavians who often lived on remote farms with many months of darkness a year. The tomte was a diminutive bearded spirit that protected the farm, including humans, animals, and plant life, from harm.

In 17th century Scandinavia, one would often know if one visited a farm with a tomte who favored the inhabitants. The crops would be bountiful and the animals sleek and healthy, even if those around them fared poorly due to bad weather of infertile soil.

The Luck of the Gartenzwerge

Early Germanic inhabitants often placed porcelain, terracotta, or wooden statues of small bearded folk in their barns and fields. These early relatives of the modern garden gnome protected the farms and livestock from intruders and pests and ensured bountiful harvests and healthy animals.

These gartenzwerge were more serious than our more comical modern gnomes and resembled wise older men with severe aspect. These early garden gnomes brought luck not only to the farm but the house and its inhabitants.

Modern garden gnomes have gone through a dramatic Hollywood makeover in the last couple of decades. Strongly influenced by the 1930s Snow White and the Seven Dwarves, modern gartenzwerge have round cheeks and bellies and comical smiles more resonant of Disney than their stern German counterparts.

Garden gnomes still bring luck to the humans that own them. Thought to come alive at night, these gnomes help tend gardens, keep away unwelcome visitors, and take care of animals that live on the property, except cats, their mortal enemies.

Gnomes bring luck and protection to the humans that they trust and often make their gardens fertile and bountiful. Gnomes favor humans who tend their gardens, are kind to all creatures, and reward them with good fortune.

Keep in mind that if you offend your resident gnomes, you might see the peevish part of their nature.