Skip to content
Home » 8 Most Powerful Greek Gods and Goddesses: Who Are They? 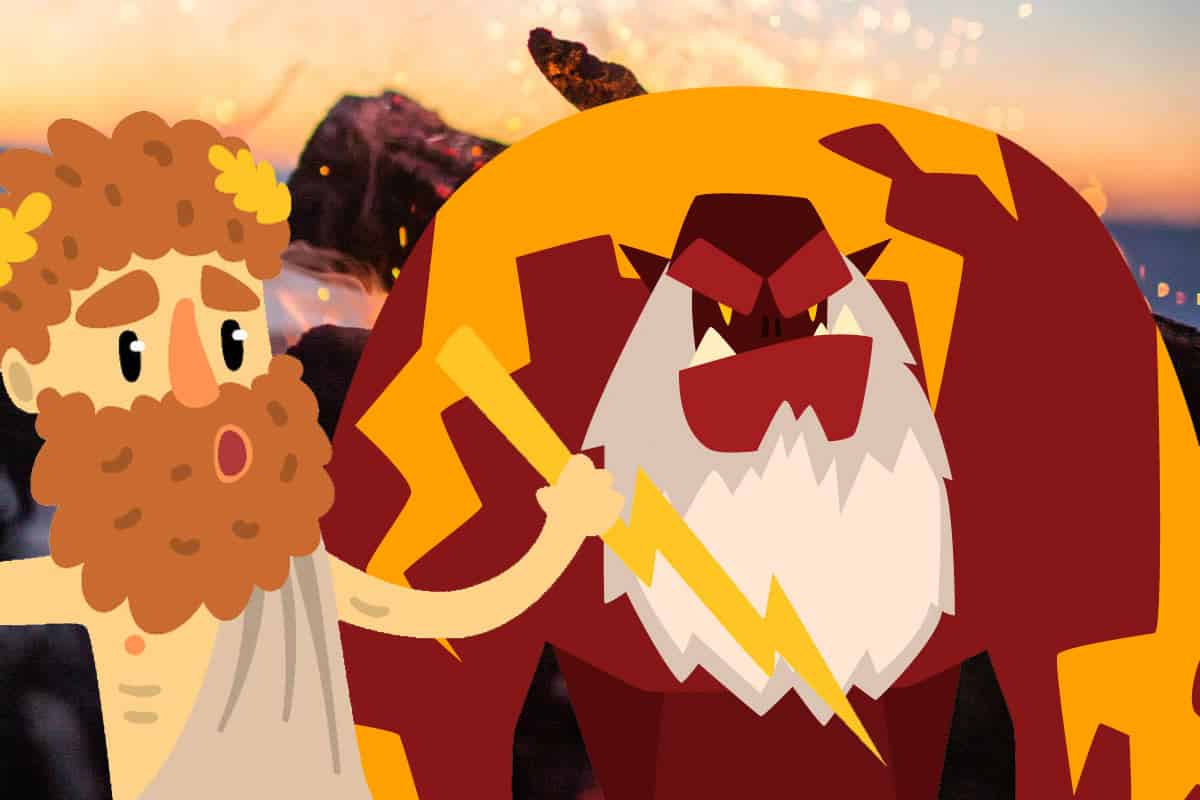 It almost goes without saying that the pantheon of Greek gods are going to be a powerful bunch. But, who are the most powerful and most important?

Well, what follows is a catalogue of some of the most powerful gods to have walked the imagination of Greek mythology!

The Most Powerful and Important Greek Gods and Goddesses

Gaia was born from Chaos. She was known as the Goddess of the Earth. She was also known to be the first guardian of the oracle.

Gaia had Uranus who was the god of the Sky. Together they had the Titans and giants, including Cronus. Gaia complained to Cronos that Uranus was capturing some of her other children. Cronos retaliated by attacking Uranus and castrating him. From the blood drops, giants, nymphs, and Furies were born.

Cronus and another Titan Rhea married and had some of the Olympian gods as children, including Zeus. Zeus ended up turning on his father Cronos and there was a war between the Titans and the Olympians. The Olympians won.

Zeus imprisoned a lot of the Titans and this angered Gaia. She created Typhon a great and terrible creature. He and the giants fought for her, but Zeus ended up winning the war once again. Zeus let Gaia live, and she ended up giving the golden apples to Hera and Zeus at Hera’s wedding.

It is also believed that Gaia was in charge of a serpent called Python that guarded her shrine at the oracle of Delphi.

Gaia was powerful because she created, and was Earth. Without her, the Titans and the Olympians would not have come into existence. She was responsible for the creation of everything and ultimately, everyone.

Uranus was created from Gaia. He was the god of the Sky.

When Gaia and Uranus created the Titans, Uranus grew jealous and tried to push them back inside of Gaia. Gaia could only stand it for so long. She ended up helping Cronos to overthrow Uranus. Cronos castrated Uranus whose genitals fell into the sea. From this incident, Aphrodite, the giants, the Furies, and the nymphs were born.

Uranus was powerful because he was just as responsible for creating the world as Gaia was. Without him, the giants, Titans, Olympians, and everyone else in-between wouldn’t have been born. Although things got ugly in the end, Uranus still played a very important role.

Cronus was the creation of Gaia and Uranus. He was the leader of the Titans, the creator of the gods, and was known as the god of destructive time.

Cronos helped Gaia get revenge on Uranus by castrating him. But, Cronos was just as horrible as Uranus was. He imprisoned his brothers. He married Rhea and together they had Zeus, Hestia, Hera, Hades, Poseidon, and Demeter. Cronos was scared his children would one day overthrow them, so he swallowed each one after they were born. Rhea managed to hide Zeus.

Zeus was hidden from his father by Rhea who gave Zeus to Melissa. She cared for and raised him. She fed him special milk and honey. His love for honey eventually created the nectar of the gods. When Cronus was made aware of how Melissa had helped Zeus, he turned her into an earthworm. But, Zeus ended up turning her into a queen bee.

When Zeus was older, he came back and made Uranus throw up the rest of his brothers and sisters. Zeus then led the Olympians into war with Cronos and the Titans.

Cronus was powerful because he was responsible for castrating Uranus. Without this incident happening, Aphrodite, the giants, the Furies, and the Nymphs wouldn’t have been born. Without Cronus, the gods would never have come into being either.

Zeus was the son of Cronus and Rhea. He was known as the King of the gods and could control thunder and lightning.

Although Zeus could be vengeful, he could also be kind. When Alcyone married Ceyx, Hera became very jealous of their happiness. She sent a huge storm after Ceyx ship. Ceyx was killed and Alcyone ended up drowning herself so she could be with him. Zeus was unhappy with this result and ended up turning both Ceyx and Alcyone into kingfishers so they could be together.

When Zeus was a baby, he was hidden away from Cronus by Rhea. Cronus was jealous of his children and wanted to get rid of them. He swallowed each one except for the hidden Zeus. Once Zeus was older, he made Cronus throw up the children.

Zeus was also known to have swallowed his consort Metis, who gave birth to Athena while inside Zeus. Athena was said to be born from his head.

Zeus led a ten-year war between the Titans and Olympians which he ended up winning. He was known to have locked his enemies away in the Underworld. Zeus also was said to have punished the humans for offering him inadequate sacrifices. He was a vengeful god who judged others and handed out punishments. Throughout his reign, he had many, many children including Persephone, Apollo, and Artemis.

Another major battle involved Zeus against Typhon. He lost the initial skirmish but with the help of some other gods was able to fight back and overcome the beast.

Zeus was an all-powerful god. He was king of all the gods and was capable of producing judgement for both humans and gods alike. The fate of the world was dependent on his choices. His love of women also ended with him producing many children who would go on to be big players in Greek mythology.

Poseidon was the son of Cronus and Rhea. He was the god of the sea and a giant who could shake the earth.

Poseidon was responsible for creating the Minotaur. King Minos asked Poseidon to give him a fine bull that Minos could sacrifice to Poseidon. Poseidon provided him with the bull, but Minos didn’t sacrifice it. In anger, Poseidon decided to punish Pasiphae by having her fall in love with the bull. She ended up mating with it and thus was born the Minotaur.

Polyphemus was responsible for capturing Odysseus and his crew. When Odysseus blinded Polyphemus, Polyphemus called on Poseidon for vengeance. Poseidon retaliated by causing huge storms to interfere with Odysseus’ trip home. The storms were so powerful they ended up capsizing Odysseus’ ship and killing his men. This ended up delaying Odysseus from returning home for ten years.

Poseidon could be as vengeful as he could be kind. His vengeance often took the form of giant storms that would wreck ships and cause sailors to drown. He was also known for earthquakes that were so horrible, his brother Hades feared they would cause the earth to fall in on the Underworld.

Hades was the son of Cronus and Rhea. He was known as the god of the Underworld and king of the dead.

Hades put Theseus and Pirithous into “chairs of forgetfulness” as punishment for entering the Underworld. The chairs were supposed to make them forget who they were and why they had come to the Underworld. Heracles managed to save Theseus, but not Pirithous.

Hades was both feared and hated by humans. No one would dare to speak his actual name. He was obsessed with death and didn’t like the living. He was also extremely patient and was good at strategies and waiting for those he wanted.

Prometheus was the son of Uranus and Gaia. He was a Titan and was also known to be a friend to man.

Prometheus didn’t like how the humans were treated by the gods. He decided to steal fire from the sun and give it the humans so they could have some control and light in their lives. Zeus was furious and punished Prometheus by tying him on a mountaintop to spend eternity having his liver eaten by vultures. Because of his immortality, Prometheus could never die. He suffered for a very long time before Heracles ended up defying the gods and saving him.

When Prometheus gave man fire, Zeus became enraged. He came up with a plot to get rid of man’s pride. He married Pandora to Epimetheus. Pandora had been given a golden box by Hermes and told never to open it. By doing so, Hermes had provided Pandora with curiosity. But Zeus used this to his advantage. One day, Pandora decided to open the box, and out came plagues, diseases, monsters, and crime. But, she ended up closing the box before foreboding could be released which would have been the final step to mankind’s death.

Prometheus was powerful and important because he looked so kindly on men. By giving them fire, he changed the course of mankind, allowing them to be responsible for their actions and own ways of life. He gave them power when he gave them fire, and it was something the other gods couldn’t take away.

Atlas was the son of Iapetus. He was a powerful Titan who was said to guard the pillars of heaven.

Atlas had three apple nymphs who followed him into exile after the war against Zeus. They lived in Hesperides and along with Ladon, were responsible for guarding the golden tree underneath the shadow of the sky. It was the golden tree Gaia had given Hera as a wedding present.

During the war against Zeus, Atlas was punished for fighting so bravely and relentlessly. His punishment was to hold the sky upon his shoulders. When Heracles came along to steal a golden apple as one of his labors, Atlas tried to convince him to take the sky on his shoulders so Atlas could retrieve the apples for him.

Heracles believed Atlas wouldn’t take the burden back if Heracles were to do that, so Heracles tricked him and Atlas ended up having the weight of the sky on his shoulders once again. For the rest of time, Atlas was unable to find someone as strong as him to take the burden, even for a short while. It is said that eventually Atlas was turned to stone by Perseus and Medusa’s head, becoming Mt. Atlas and carrying the weight of the sky but with no more pain.

Atlas was as strong, if not stronger than Heracles. He was capable of holding the entire sky upon his shoulders. Even in tremendous pain, he carried the burden. Although he did try to trick Heracles into taking the sky, Atlas ended up resuming his role and never let the sky fall.

So I hope we at least introduced you to a few new Greek gods. Some of the older Gods are less spoken about in the Greek myths but they are of real significance to the origin of the Greek universe.

Who do you think should also be included in our list. Let me know below, thanks!

Bonus – The Myth of Prometheus

2 thoughts on “8 Most Powerful Greek Gods and Goddesses: Who Are They?”