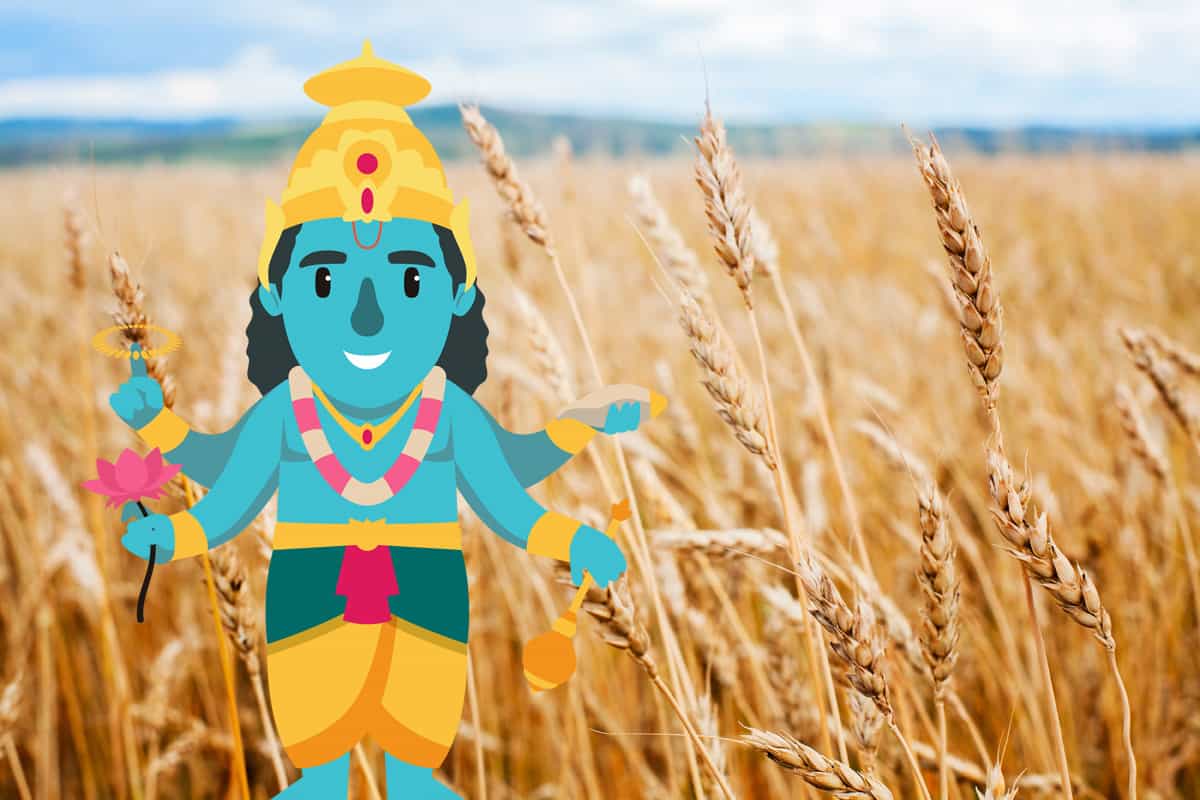 Vishnu is a crucial deity in all of Hindu mythology as he fulfills the role of the preserver of the universe. Without him, the function of preserving the universe, looking after the occurrences in the universe, and eventually foiling anything that threatens the balance would be unfulfilled.

The creation and initial presence of Vishnu in the universe is a subject of major debate. There exist several theories that posit a wide range of different possibilities about how Vishnu must have come into being. The most popular story is from the Vishnu Purana which claims that Vishnu has always existed in the universe. However, there exist other stories that are believed by other sects like Shaivism and Shaktism where the respective supreme deities created Vishnu.

Here are a few major theories from different parts of Hindu Mythology that posit how Vishnu came into existence.

So Who Exactly Created Vishnu?

According to the Vishnu Purana, Vishnu is the only constant force that has existed in all of eternity. It is believed that Vishnu was present even after the Pralay (Doomsday) and resurrected the universe, and Brahma and Shiva along with it.

Since Vishnu is the preserver of the universe, it is said that he created Brahma to facilitate all of the rest of creation, and then Shiva as a destroyer of chaos. He is also believed to have Lakshmi in this process.

It is said that Vishnu created Brahma out of his belly and Shiva was created out of his forehead. Lakshmi was then created by Vishnu from his left arm. Since the sect of Vaishnavism is centered around Vishnu as the major deity, and since Vishnu is the only eternal entity in this belief system, this origin story of Vishnu is more a story of the creation of the rest of the Trimurti and Lakshmi, than it is of Vishnu himself.

So, in essence Vishnu is created by Shiva, or Ardhanarishwara, according to the beliefs of the sect of Shaivism.

According to the tradition of Shaktism, everything that exists in this world is supposed to be a creation of a strong force known as Devi. She is a goddess who creates all of existence, and therefore, she is believed to be the creator of Vishnu as well.

— The Smarta Tradition and Creation

The tradition of Smarta is very different from the rest, in that it has no principal deity. In this tradition, five deities are equally considered as major deities and are prayed to through a ceremony called the Panchayatana puja. The five deities include Vishnu, Shiva,Surya, Ganesha and Shakti.

So, according to this tradition, there is no single creator except for the Brahman, the aether-like essence of the universe. So, all these deities, Vishnu included, are said to have emerged from the Brahman and formed in the universe. Vishnu is believed to have been created in this essence and later his form and then remained for all eternity.