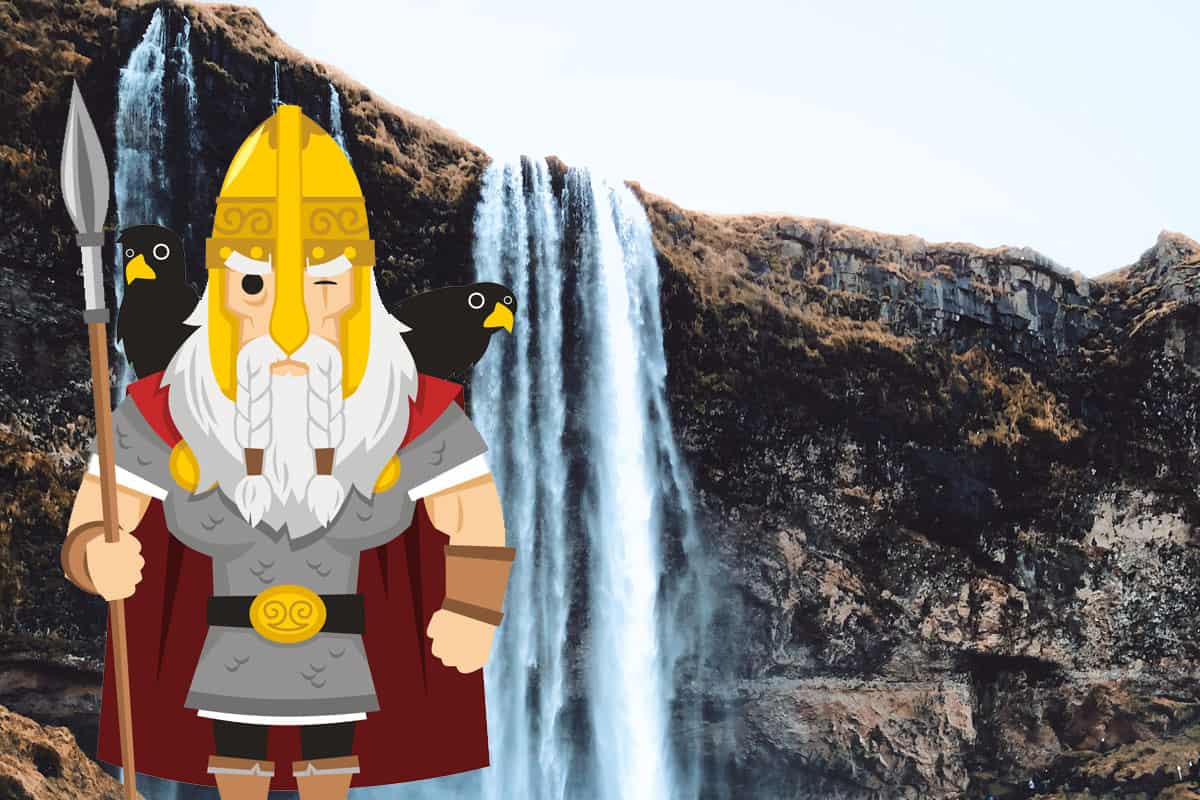 Odin (Óðinn) was the leader of the Æsir, the primary pantheon of Germanic gods. He is most well known for his portrayals in Norse mythology, but he was an important figure across Germanic religious practice. He was a god of many things and he was called the All Father due to his many sons.

Along with the Valkyries, he oversaw Valhalla, the halls where those who were worthy went to feast after their deaths. He was a proud king of gods. The following facts are some interesting notes about Odin both within the mythology and more contextually.

A Few Interesting Facts about the Norse God Odin

1. He gives his name to the weekday Wednesday

Across Germanic mythology, his name was spelled differently. In Old English and Old Saxon, he was Ƿōden (Wōden), in Old Dutch he was Wuodan, and in Old High German it was Wuotan. From Old English came Woden’s Day, which became Wednesday.

2. Odin was a man of many epithets

Around 170 different recorded names are applied to Odin across his mythology. They all referred to his attributes, his stories, or ways to worship him. Of all Germanic gods, he was the one with the most alternative names.

3. He ruled over many domains

Amongst the categories under his rule, Odin was the god of death, wisdom, healing and sorcery, battle and war, frenzy, knowledge and the runic alphabet, royalty, poetry, victory, and the gallows!

4. Along with his brothers, he created the world. He then gave life to the first humans

Odin, along with his brothers Villi and Vé, slayed the dreaded Ymir, forefather of the giants. From his body and blood came the earth and seas. Odin then breathed life into Ask and Embla, the first human pair, with the help of gods named Hœnir and Lóðurr.

5. Odin was very fond of gambling

He enjoyed making wagers on the outcome of events, though he often cheated to get his way. He bet his own life against several giants, and made friendlier wagers with his wife, Frigg, over how things would work out.

Four gods are explicitly stated to be Odin’s sons – Thor, Baldr, Víðarr and Váli. He had many other sons, which usually include Heimdallr, Bragi, Týr, and Höðr, as well as more.

7. Odin had a number of animal companions

His two ravens, Huginn (thought) and Muninn (memory), were tasked with flying across Midgard (the human realm) and bringing Odin information. He kept his two wolves, Geri and Freki (both meaning greedy or ravenous) by his side. He also famously was the rider of the eight-legged Sleipnir, a horse who was birthed by Loki.

8. He lived only on wine (according to some tales)

While many stories describe Odin feasting, one attestation explains that he gave all of his food to his wolves, while he remained sustained by the fruit of the vine.

9. The monstrous wolf Fenrir was fated to kill him

The events of Ragnarök were foretold long before Loki’s lover gave birth to his monstrous children – Hel, Jörmungandr the world serpent, and Fenrir. At the end of the world, Fenrir and Odin would do battle, a battle which Odin would lose.

This was a frenzied hunt by the souls and spirits of the dead who roamed the skies for quarry, acting as a portent of war. Amongst the dead rode Valkyries, faeries, and elves.

11. Odin was associated with Yule – and by extension, Santa!

Yule was the Germanic winter holiday from which modern Christmas borrows many traditions and themes. Odin was celebrated during this holiday, and it was then that he led the Wild Hunt across the sky. Later, this became combined with the story of another white-bearded man – Santa Claus – and his sleigh flying between homes.

12. The Romans associated Odin with their god, Mercury

Mercury was a messenger god, but his association with Odin was more to do with his other roles – as a psychopomp, a traveler, and a trader.

13. Odin and his son, the warrior and thunder god Thor, were particular popular in Norway amongst the Vikings

The Vikings often made sacrifices to Odin before battle to give them strength and surety in battle. Even after Norway was officially Christianized in the 12th century, the people continued to pray to Odin’s name.

14. His wife Frigg was a member of the Vanir, with whom Odin made war

The war was brutal, but eventually ended with peace between the two groups of gods. Many of the Vanir were even taken in as members of the Æsir, including Frigg herself.

Loki was the god of mischief and tricked the blind archer Höðr into killing his brother, Baldr, with an arrow made of mistletoe. Loki was punished greatly for this. However, Loki and Odin were also friends, and worked together to rescue gods and render judgements on men.

Despite Frigg’s warnings against it, he once traveled to find Vafþrúðnir, the wisest and fiercest of the jötnar, while in disguise. The two had a riddle contest about the past, present, and future, which Odin only won after finally coming up with a question that was impossible for his opponent to answer.

17. Most of his sons had different mothers

Thor’s mother was Jörð, a personification of the earth, also known as Fjörgyn. Baldr and Hoðr were sons of Odin’s wife Frigg. The jötunn, Gríðr, was the mother of Víðarr – the son who would slay Fenrir after Odin’s fall. Odin fathered Váli with the giantess Rindr, purely for Váli to avenge Baldr’s death.

Of his other probable sons, Heimdallr was son of the Nine Mothers, Bragi from an unknown mother (or possibly Frigg), and Týr from the goddess Zisa or an unknown consort.

In most depictions, Odin is shown wearing an eyepatch over where his other eye would normally be.

Her father (or grandfather) was Bölþorn, a jötunn who also became the father of an unnamed extremely wise son. Traditionally, a nephew was most like his maternal uncle in wisdom, knowledge, and strength, and this much was true of Odin.

20. Odin’s father Borr, husband of Bestla, was the most powerful of the gods

He is the only god noted to probably surpass even Odin in strength and wisdom. Borr’s father Búri was the first god and progenitor of all the gods, who emerged from salted rime when it was licked away by the primordial cow, Auðumbla.

21. He once sacrificed himself…to himself

For nine days and nights, Odin hung himself from a noose on Yggdrasil, the tree that acted as the center of all Nine Worlds.

22. Freyja, the goddess of beauty, and her husband, Óðr, are sometimes doublets of Frigg and Odin.

Óðr and Freyja loved each other immensely. He was a god of divine madness and frenzy, as well as the mind. In other stories, Freyja was also sometimes an additional consort of Odin.

23. During Ragnarök, Odin would gather an army from among his subjects in Valhalla. These brave reborn warriors were known as the Einherjar.

Odin would lead these warriors at the great battle in the fields of Vígríðr before he was ultimately overcome by Fenrir.

24. Odin’s magical ring, Draupnir, was a gift from the dwarven brothers Brokkr and Eitri/Sindri as a result of a bet with Loki

The dwarves offered three gifts to meet Loki’s wager that they could not create the most amazing gifts for the gods. Draupnir was a golden ring of such value that every ninth night it would drip eight drops of gold. These gold droplets would then transform into rings of the same weight and value as the original.

The other gifts were Gullinbursti, a golden-maned boar that became the mount or chariot-mount of the god Freyr, and Mjölnir, the divine all-powerful hammer of Thor.

25. Across Scandinavia, mainland Europe, the UK, and even places in the New World, many locations are named for Odin today.

Some of the most famous of these include: Odense (the third-largest city in Denmark), Osmussaar, an Estonian island known as Odensholm in Swedish, Óðinsøy in Norway, and Onsjö in Sweden.

In Europe, there are many more. These include Audinghen, France, Gudensburg, Germany, and Woensdrecht, the Netherlands. Several places in the UK are known as Grim’s, Odin’s, or Woden’s, especially Odin Mill in Derbyshire, England.

There are three places named Odin in the US (in Illinois, Minnesota, and Pennsylvania), as well as two Wodens (Iowa and Texas). Australia features Woden Valley, while, north of Mount Asgard in Canada, sits Mount Odin.

Although Odin is a familiar name in the western imagination, Germanic gods in general tend to be less well known than their Greek, Roman, or Egyptian counterparts. Thanks to a surge in neo-paganism and historical research, these gods making a cultural comeback – all with Odin at their helm. 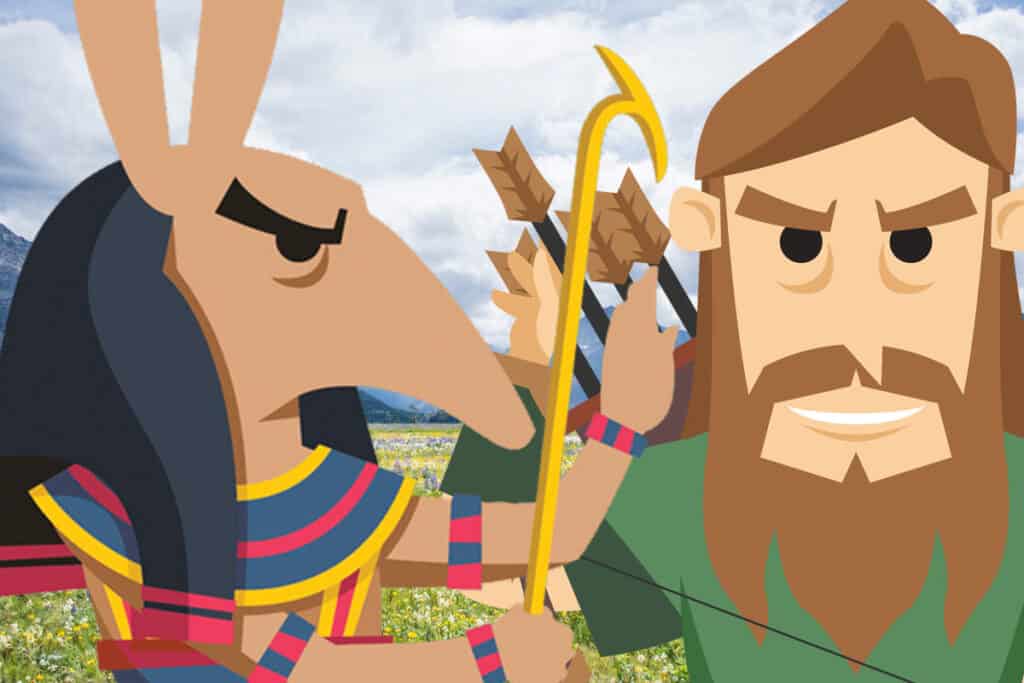 Egyptian Gods vs Norse Gods: What is the Difference?

Even though Egyptian mythology and Norse mythology were around thousands of years apart, the two … 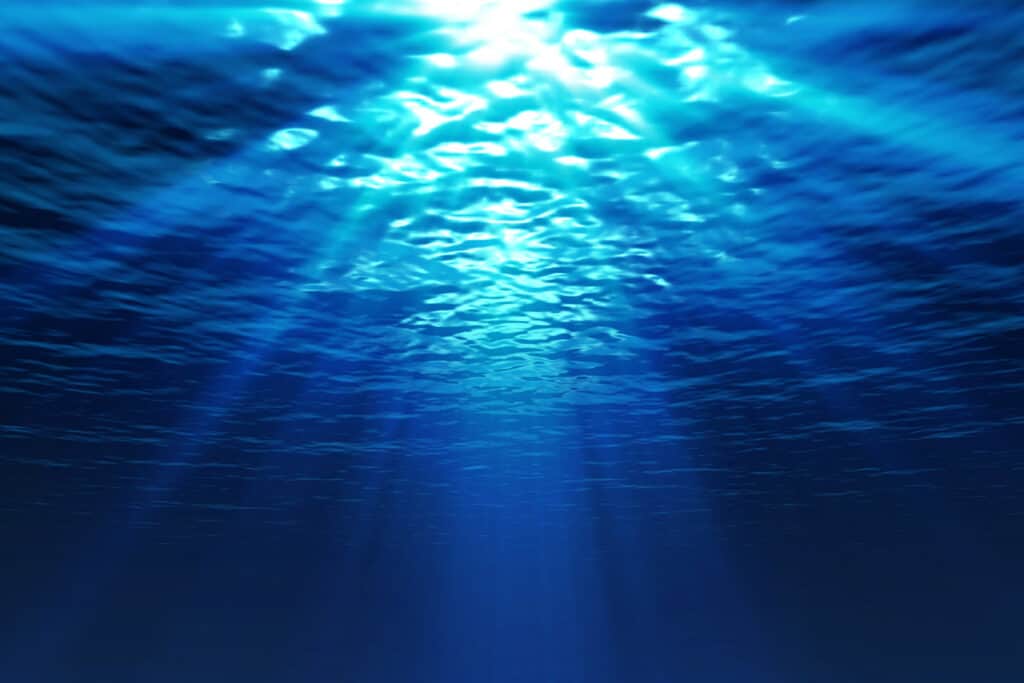 Is the Kraken Greek or Norse?

Given the terrifying accounts sailors and soldiers would return home to tell, it’s no wonder …