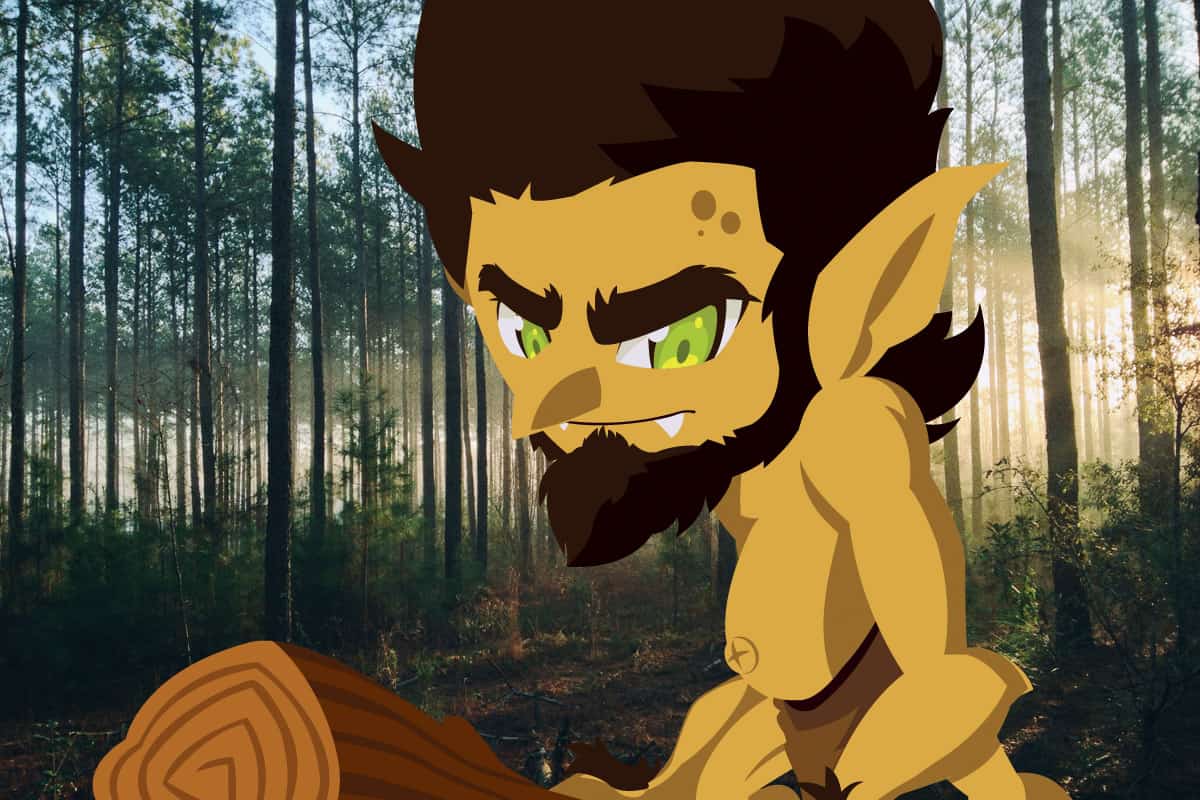 Stemming from Scandinavian folklore, trolls are typically divided into two categories. There are the mountain trolls – similar to what Harry, Ron, and Hermione faced down in the bathroom during their first year at Hogwarts. These are large, brutish, and generally unintelligent creatures with little distinction from giants as far as appearance goes. Then there are cave trolls. Equally brutish, unintelligent, and unpleasant to cross, cave trolls are generally depicted as being more human-sized or even smaller, preferring the isolation of their caves. These are more like the little garden trolls someone might have in their gardens – which are not to be confused with garden gnomes. The gnomes would not appreciate that comparison.

Stories of trolls read like cautionary fables parents tell their children to teach them a lesson. The stories tell of evil creatures who use their connection with the wilderness to trick and trap humans, coming up with riddles to answer before they cross their bridges, and who will eat anything in their sight. Some stories suggest their favorite meal includes a primary serving of human children. To trolls, one must imagine they do not believe that they are evil creatures. But for children getting tucked in at night, bumps in the night could easily be the thundering sound of a troll looking for dinner.

Are Trolls Good or Evil?

Christmas mythology seems chock full of various creatures of a magical variety breaking into your house. Of course, there is Santa Claus and any critical analysis of this myth causes one to wonder why we’ve culturally ignored the red-flag behaviors he demonstrates before dumping gifts on his favorites once a year. And then you have the Norse mythology trolls. According to this myth, they break in on Christmas Eve and make a mess by throwing a party for the simple fact that they enjoy making trouble for humans.

Iceland takes it a step further with the thirteen Christmas lads. These young trolls and their child-eating mother enter towns in search of mischief and mayhem. Children will leave a shoe out in the window and the young trolls will leave them a piece of candy or other treats if they’d behaved well the previous day. Peril would arise if the child received a rotten potato instead. That meant the Christmas lads’ mother could take you for misbehaving and make you dinner. Fortunately, as long as you repented, you’d be free from her grasp.

Everyone has to make a living, right? Well, trolls do too. They frequently do so by guarding bridges and requiring a tax to be paid and a riddle to be answered. Since much of Scandinavian lore has initially been orally passed down, tracing the origins of any given tale is nearly impossible. So why trolls do this or what the morals of these stories are is anyone’s guess.

One conclusion is simply to provide an early obstacle for the hero of the story to overcome. Generally speaking, trolls don’t have a huge myth arc compared to creatures like giants and dwarves.

In fact, the English took a completely different emotional take on trolls. The stories likely came to England via the Vikings and the epic Beowolf. But in England, instead of viewing them as vicious fearsome creatures, they were almost pathetic, simple creatures that were easily outsmarted and tricked. But some elements of that already existed in Scandinavian lore as well.

The classic fable of the three billy goats demonstrates this. While there are many variations of the story, it follows this narrative:

Three billy goats get stopped at a bridge by a troll who first wants a tax and then threatens to eat them. The first two goats cross, explaining that the third one behind them is much bigger and nicer to eat than them. The troll lets them go with eyes bigger than his stomach. The third billy goat does prove to be much larger, so much so that the troll was quickly overpowered and kicked off the bridge – presumably to his death.