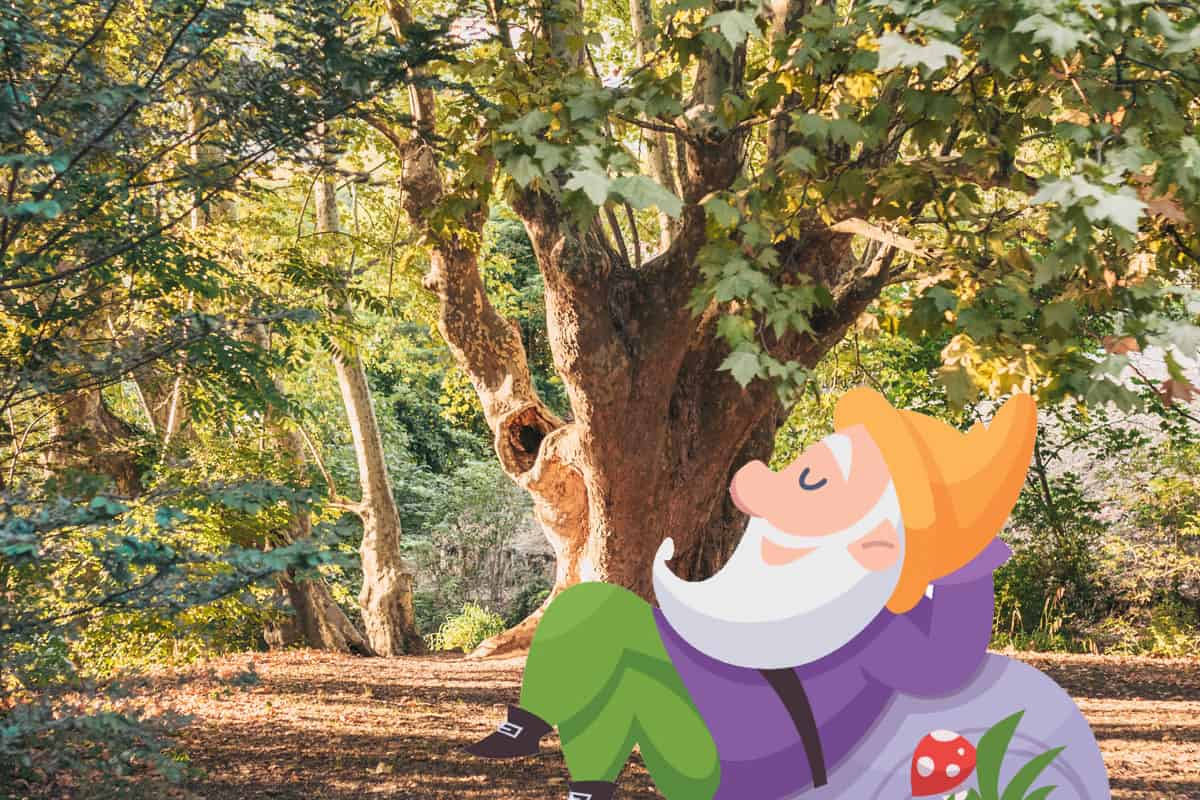 Love them or hate them, the iconic garden gnome still flourishes in our American gardens. These quaint creatures are more than just lawn decoration, however, and have a long mythological history. The reason why these gnomes have long beards is closely linked to their ancient folklore.

According to myth and fairy tales, gnomes are heavily bearded folk with bright red conical caps. Disney’s Snow White and the Seven Dwarves heavily influenced our modern gnome’s appearance, making them more jolly-looking than their German counterparts. Here are some reasons why our modern garden gnomes still sport their abundant facial hair.

Why Do Gnomes Grow Beards?

The modern lore of the gnome began with the 16th-century Swiss philosopher Paracelsus, who gave these mythological creatures their name divided from the historical dwarf mythology. The word gnomus has links to the Old Latin term genomus or “earth dweller.” Although Paracelsus may have based this creation on an older myth.

Modern gnomes are traditionally bearded older men and may have associations with the Old Norse bearded god, Odin. The cloaked and bearded Odin rode his eight-legged horse Sleipnir across the sky and presented the villagers with gifts (and some degree of terror!).

The later Scandinavian traditions incorporated this ancient lore into the legend of the tomte, to whom they paid homage each Christmas eve with offerings. In return, these household spirits would help the farmers become prosperous, and gnomes tended the earth and farm creatures.

The Norwegian legend of the nisse is, and Swedish tomte are both associated with the winter solstice. When pagan gods were Christianized in early Scandinavia, the gnome figure became related to this Christian St. Nicholas, a bearded old man linked to modern Santa Claus.

That’s why there are striking similarities between the bearded father Christmas and garden gnomes. The Scandinavians adopted the St Nicholas figure from the early legends of the tomte in which they presented a gift each 24th December of porridge and butter.

Some folklorists suggest that the traditional gnomes or Nisse adapted their beards and clothing when the Swedish magazine Ny Illustrerad Tidning published an illustration of Viktor Ryding’s Poem Tomten. The artist depicted this Christmas tomte with a flowing white beard and the traditional red hat.

The germanic gartenzwerge on which our modern garden gnomes are closely linked were traditionally bearded folk as well. These small terracotta statues were protective deities and resembled wise older men.

Our modern gnomes underwent a Hollywood makeover in the 1930s after the first animated Snow White and the Seven Dwarves. The contemporary garden gnome became round-cheeked and comical from that time, rather than their stern german garden gnome forefathers.

The berate folk who peer from your garden foliage have had a long life in the myths and legends of yore. Wise and long-lived, the beard represents the gnome’s wisdom and long mortal lifespan. Like our modern hipsters, legend says gnomes have great pride in their beards as a mark of distinction.