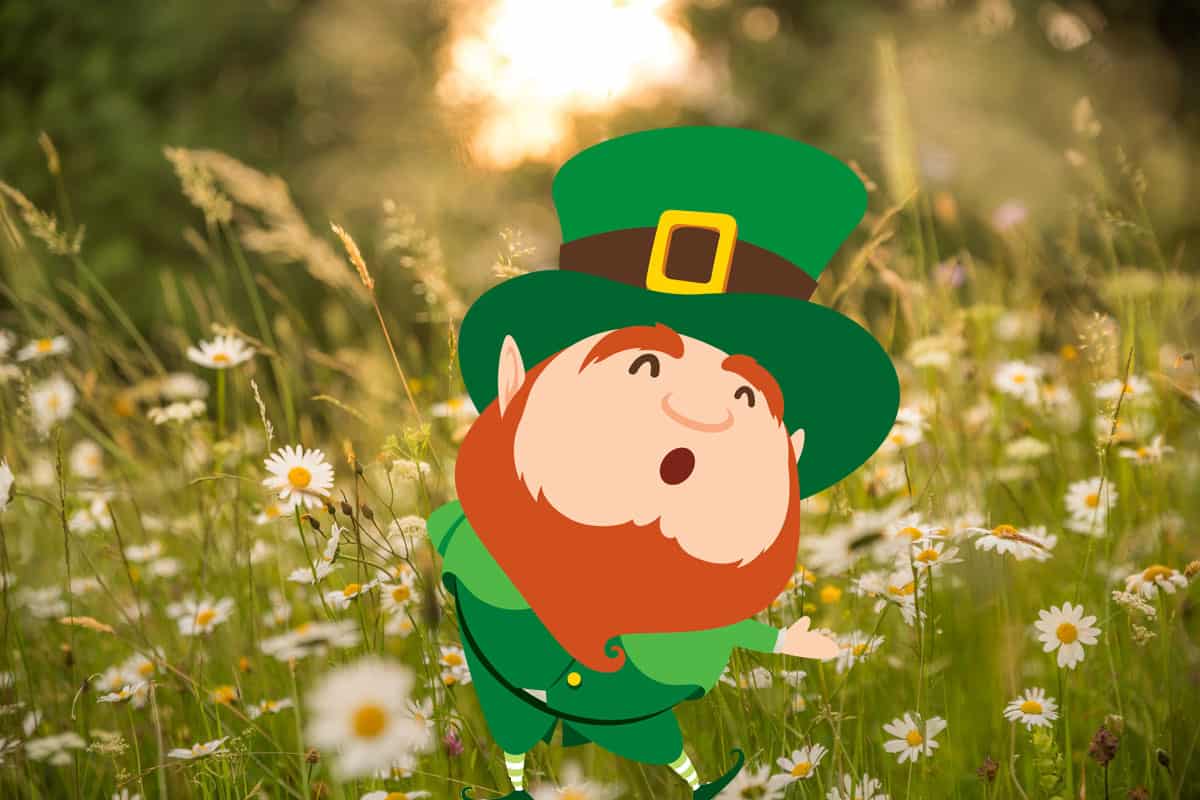 Leprechauns are the most famous Irish faerie creatures around the world, whether it’s for their red hair, their rainbow, or their pot of gold! But are they known for shoemaking?

Like brownies in other mythologies, leprechauns are well-known cobblers who often work hard at crafting buckled shoes. Unlike the brownies, who often do so as a favor or in exchange for milk, the leprechaun sells his shoes and gets rich from the profits! They cobbled so often that anyone who longed to hunt a leprechaun’s gold could find the creature by listening for the clicking of his shoe-making hammer as he worked. In fact, they produced shoes pretty much non-stop!

This little Irish faerie has a rich mythology that separates him from the pack – and it all starts with shoes.

Where Does a Leprechaun Make Shoes?

The leprechaun looks like a little wizened old man, and he makes his shoemaking home under plants. Most usually, he crafts shoes under a bush or a dock leaf, where he is hidden from people except for by sounds. Sometimes, he also works in a little personal workshop under a hill, and can only be heard by pressing your ear to the ground.

Why Were There No Female Leprechauns?

Shoe-making was considered strictly a man’s business, and so there were no women leprechauns. They are all male, usually unwanted fairy children who live a solitary existence and evolve into the little cobblers.

What Does The Name Leprechaun Mean?

Though most sources say that leprechaun comes from luchorpán, meaning small body – a reference to its diminutive height – other researches differ. Many believe that the word stems from the Irish words leath bhrogan, meaning shoemaker!

Who Are Leprechaun Shoes For?

Leprechauns lived in Ireland long before humans arrived. They are descended from the Tuath Dé Dannan, the deities of Irish mythology. They primarily craft shoes for themselves and for other faeries. However, if a human can obtain a leprechaun shoe, it will bring them good luck and wishes. In some stories, they steal a shoe directly from a leprechaun’s foot which magically resizes itself to fit.

Why Does a Leprechaun Need So Many Shoes?

Like other faeries, the leprechaun is a gifted musician and a skilled dancer. Faerie creatures love nothing more than to play and dance to music, which wears the soles of their shoes down to nothing much more quickly than normal day to day wear. The Scottish fairytale Katherine Crackernuts describes how the prince in the tale was forced to dance with the faerie folk night by night until his shoes are worn through, thanks to their irresistible music.

What Do Leprechauns Do With Their Profits?

Leprechauns are the best with money in all of the Faerie realm. They’re also the most skilled craftsmen, at least when it comes to shoes! Because of their talent and riches, they also serve as the equivalent of bankers to the other Faeries, preventing their party-loving kin from overspending or losing their gems and gold. The faerie folks often spent too much money on drink and revelry!

Are Leprechaun Cobblers Friends to Humans?

Leprechauns are often chased by humans for their gold, and so don’t trust us very much! However, if you help a leprechaun, they will return the favor tenfold. One man found a leprechaun shoemaker walking along the road carrying a huge bag of shoes. He offered him a ride on his carriage and kept him company without asking for anything in return. When the man arrived home, the leprechaun had filled the man’s home from floor to ceiling with gold.