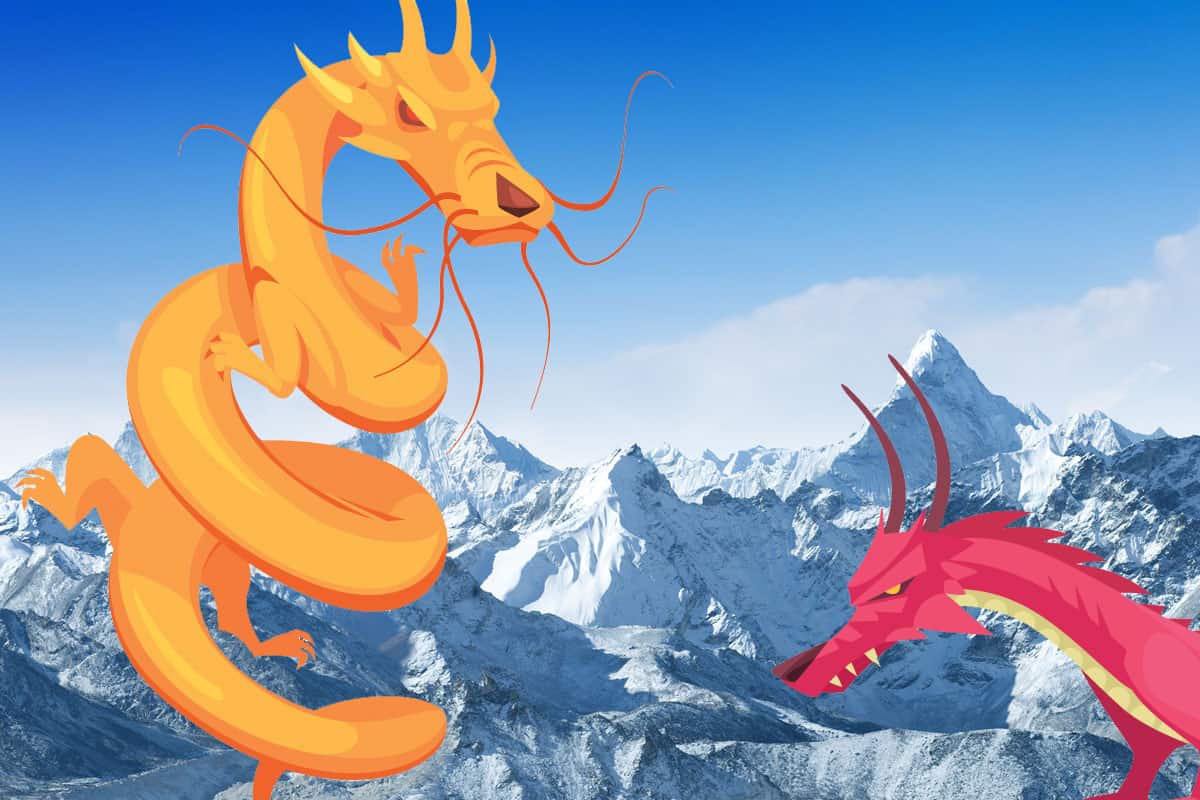 One of the most awe-inducing aspects of mythology is the way creatures of similar description popped up in stories all over the world without the cultures they come from ever meeting. Dragons are a perfect example. They can be found in the lore of cultures all over the world – Egypt, Japan, China, Europe, and beyond.

But the answer to are dragons evil or good really depends on which lore you take your examples from. In Europe, the Middle East, and Judeo-Christian dominated cultures, they are emblems of Evil and harbingers of doom and death. Think Smaug from Lord of the Rings and you’ve got the right idea. But in China, Japan, Korea, and Southeast Asia, these beings are considered symbols of wealth, loyalty, prosperity, peace and power.

Draw your luck, loyalty, and inspiration from the dragons of the East or become a hero battling the breasts of the West. It’s up to you.

Are Dragons Good or Evil?

1. Dragons of the East

In Chinese mythology dragons were considered high and sacred creatures. Only the emperor was considered to be worthy of having the dragon as their symbol. Incredibly benevolent creatures, they were also wise and intelligent. They are the kind of creature someone would turn to in a fairytale for advice or wisdom. They are often associated with bodies of water and are believed to have control over the wind, rain, and the sea. Only the black dragons could be said to be evil as they represent revenge or outright evil.

In The Priory of the Orange Tree, author Samanatha Shannon evokes a powerful image of these great beings in her description of the water dragons. In her story, the water dragons are exactly as Chinese mythology described them – incredibly wise, kind, and caring. They are gods, worthy of worship and veneration, who actively participate in life with humans.

Similar to Chinese lore, the Aztecs, Toltecs, and Mayans also called upon a great, feathered serpent deity for protection and more.  Quetzalcoatl was worshiped as the god of creation, the father of the morning and evening star, the protector of craftsmen, and the one who brought the rain, wind, and fire. Unlike many of the other deities of these great cultures, there is little, if any, evidence that human sacrifices were made to him. He seemed to not appreciate these too much.

2. Dragons of the West

But in the west, especially in regions with heavy Judeo-Christian influence, dragons are the making of Satan. Given that Satan is often depicted as the snake who entered the garden to tempt Eve, it makes sense that the dragon and other snake-like creatures would have taken up that symbology. There is some evidence that even in Western cultures, dragons had once been seen as kind and benevolent but with the advent of Christianity it got swallowed and forgotten by the Christian take.

These beasts were mighty and fearsome, often known for hoarding gold or other treasure. They became emblems of sin in general but specifically of gluttony and greed. It was this mythology that Tolkien pulled from when writing Lord of the Rings and The Hobbit. In The Priory of the Orange Tree, the author also pulls from this mythology. She evokes these dragons as the enemy of the sage water dragons she likely pulled from Eastern lore.

One of the most famous examples of evil dragons comes from the Scandinavian lore of Fafnir. According to this myth, Fafnir was born a dwarf. Fueled by greed, he killed his father in order to covet his power and wealth. Eventually, Loki got involved and as one may expect, he was not entirely helpful. He was cursed and transformed into a fierce, fire-breathing dragon, who protected his loot until eventually a hero came along who slayed him by piercing the soft flesh of his underbelly.