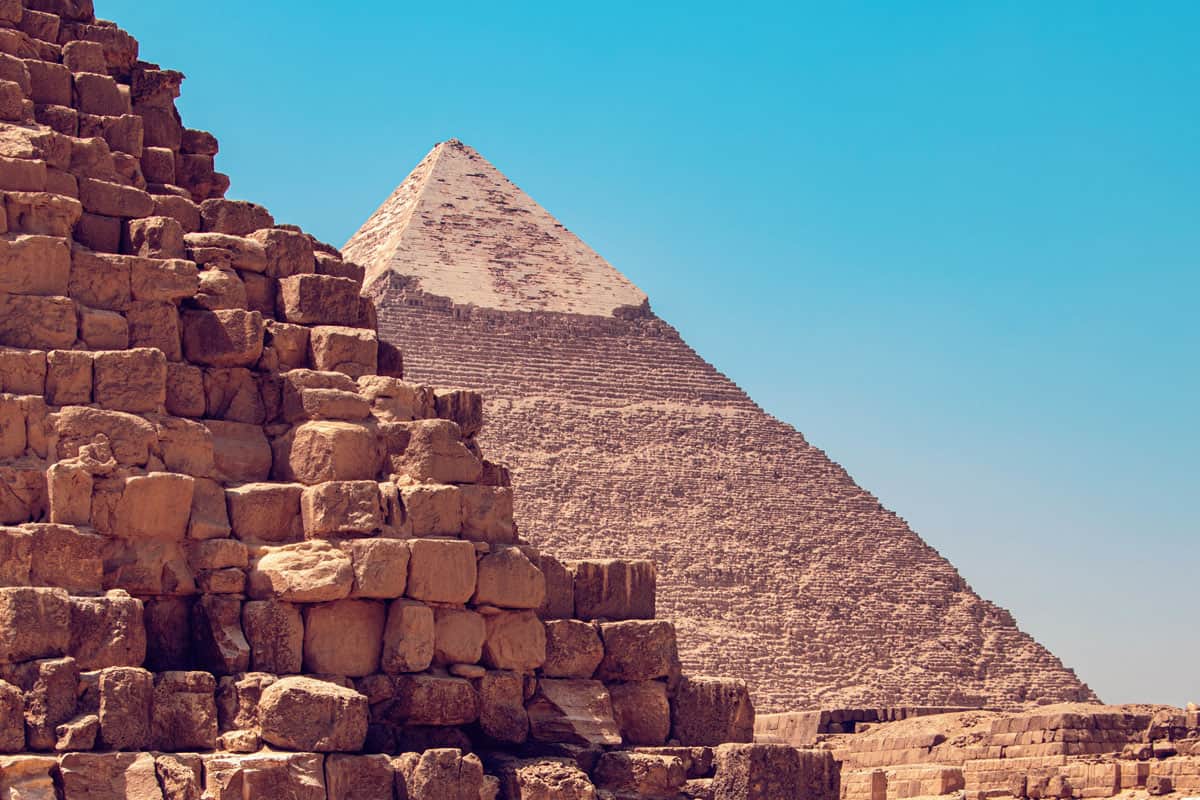 Amun, whose name is also spelled Amon, Amen, and Ammon, was one of the original eight gods of Hermopolis. He ruled there as king alongside his wife and queen, Amunet. Both of them were sky deities and associated with the sun. In the 16th century BCE, Amun became an important god all over Egypt as he was combined with Ra, the king of the gods and the sun and skies.

These are some interesting facts about Amun both as Amun-Ra and as a god in his own right. After all, all good stories deserve to be remembered!

1. Amun was a member of the Ogdoad along with his wife

In the original earliest texts of Ancient Egypt, they were considered a pair representing night. By the time of the last dynasty (the Ptolemaic age until 30 BCE) Amunet’s cult center remained in Thebes while Amun (as Amun-Ra) was nationally important.

3. With his wife and son they formed the Theban Triad, an important divine family in Thebes where his cult was centered.

He and Amunet were the parents of the moon god Khonsu. In other portrayals, Khonsu’s mother is instead Mut.

4. As well as Amunet, Amun had two other associated consorts

These were Mut, a moon goddess often fused with Amunet, and Wosret, his first wife, whose name meant ‘power’.

5. Amun was first worshipped as far back as the 20th century BCE in Thebes

Thebes didn’t become important to Egypt as a whole for another nine hundred years.

6. Thebes became the capital city of Egypt during the 18th Dynasty

This was how Amun-Ra became the fused god of the highest importance, and this Dynasty lasted from around 1559 to 1292 BCE.

7. The expulsion of the Hyksos by Amun’s followers made him a deity of protection of the less fortunate

The Hyksos were the descendants of the 5th Dynasty and they were expelled from Egypt by the 18th Dynasty’s armies.

8. As well as Ra, Amun became slowly associated with all other Ancient Egyptian deities

He was also identified with several gods from nearby places in the Egyptian empire and beyond. As a result, he was the head of a kind of false monotheism.

He was both an individual deity and an aspect of their god-king, Zeus. He gave his name to several modern words like ammonite and ammonia.

10. He was acknowledged in the Hebrew bible as a god whom the Hebrew God would overpower

11. Alexander the Great was declared a son of Amun

12. Amun was heavily worshipped in Nubia, at the fringes of the Egyptian empire

Here, he was known as Amani, and his worship continued into the Classical era. His priests had such power that they could make a king commit suicide. This ended in the 3rd century BCE when they were all killed.

13. According to some stories, Amun created himself before creating everything else

In these, his son, Khonsu, continued his work by bringing breath and life to the world.

14. Montu, the previous patron of Thebes, was reimagined as Amun’s son

This fiery god was also associated with Ra, and may have been adopted by Amun and Mut. He had three consorts: Tjenenyet, Iunit, and Raet-Tawy. The last was a female form of Ra who was also Ra’s daughter or wife (or both). He was also identified with the Greek war god Ares and the sun god Apollo.

In other portrayals, he was simply humanoid.

16. He was conflated with Ra and Ptah, God of breath, as part of a triad

The three gods in this interpretation were both individuals and one, much like the much later Christian concept of the Father, Son, and Holy Spirit.

17. The pharaoh Hatshepsut, whose rule was questioned due to her gender, commissioned murals of Amun-Ra fathering her

This was a way to strengthen her rule and legitimacy. She became a pharaoh until her step-son was of age, but ruled until after her death. She was the second ever female pharaoh.

18. Isis and Osiris displaced Amun slowly after the 27 BCE after an earthquake destroyed the Temple of Thebes

The stories of Isis, Osiris, and Horus are some of the most well-known parts of Ancient Egyptian history even today.

19. Mut, who replaced Amunet as Amun-Ra’s wife, was a literal mother-goddess

Her name meant mother and she was identified with the primordial waters from which all creation emerged.

20. One of the most famous pharaohs, Tutankhamun, took his name from Amun

Before his ascension to the throne, the boy-king was known as Tutankhaten. His new name meant “the living image of Amun”, where it had previously venerated his father’s favorite Aten.

Amun-Ra was usually a sphinx, though sometimes he was also a hawk. The falcon head of Ra existed in the sky while the ram head of Amun appeared in the Underworld. He also had the wings of a hawk.

Sometimes, he was also a cobra or a gorilla.

22. He retroactively became a member of the Ennead (the nine original gods of Heliopolis)

This was because he became conflated with Ra.

23. The royal women of Egypt, especially the wives and daughters of Pharaohs, were known as the divine wives of Amun

In particular, Queen Ahmose Nefertari, the primary wife of Pharoah Ahmose the first, was the first of these. Afterward, the tradition continued.

24. Amun-Ra could let his will be known through oracles

25. The pharaoh Akhenatan replaced Amun with Aten and tried to make Egypt a true monotheism

However, his rule only lasted three years before he was replaced by his son, Tutankhamun, who restored the pantheon. Afterward, Tutankhamun ascended.

26. Amun’s priests owned so much land that they basically owned the Egyptian economy

From 1080 to 930 BCE, his priests owned two thirds of temple land and ninety percent of Egyptian ships.

27. The Libyan Berber god, Gurzil, was known as a son of Amon

This was a bull god who helped defend against the Romans

28. In Paradise Lost, the writer Milton associates him with a Biblical son of the Hebrew Noah

Milton considers him a version of Ham, who was one of the children who grew to repopulate the world. To the gentiles, he claimed that Ham-Amun was the Libyan Jove.

29. In demonology, Amun as Aamon was a Grand Marquis of Hell

He controlled forty infernal regions and took the shape of a fire-breathing wolf with a serpent’s tail. He was the strongest prince amongst all of the other demons.

As Waset, it was known as the city of the scepter, meaning the seat of pharaohs. Later, it was known as Iwut-Amun, the City of Amun. After the conquest of Alexander the Great, the Greek occupiers named the city Thebes of the Seven Gates, to differentiate it from Thebes in Boeotia, Greece, for which the Egyptian city was named.

31. Amun was sometimes associated with a special kind of Sphinx, the Criosphinx.

These were sphinxes with the heads of rams. Nine hundred of them were built around Thebes with the express goal of protecting the city and its tombs from evil forces.

32. Amun-Ra is one of the most evoked Ancient Egyptian deities in modern fiction, including books, movies, and videogames.

Usually, though, these focus more on the Ra part of the equation, as is fitting for the most popular of the gods. Amun’s original wife and counterpart, Amunet, is also a recurring figure in many different forms of media. Most recently, in 2017, Amunet appeared in The Mummy as the main antagonist and in Assassin’s Creed: Origins.

Min was a fertility god portrayed as a man holding his own erect penis. He was a god of virility and orgasms, and he was associated with Horus as Min-Horus and Amun as Min-Amun (later Amun-Ra).

Amun was an interesting god before his merge with Ra, and became even more so afterward. Amun-Ra was the only god to gain such importance to the Ancient Egyptians that they switched briefly to monotheistic (or monolatric) religion – something that none of Ra’s many other aspects ever achieved.