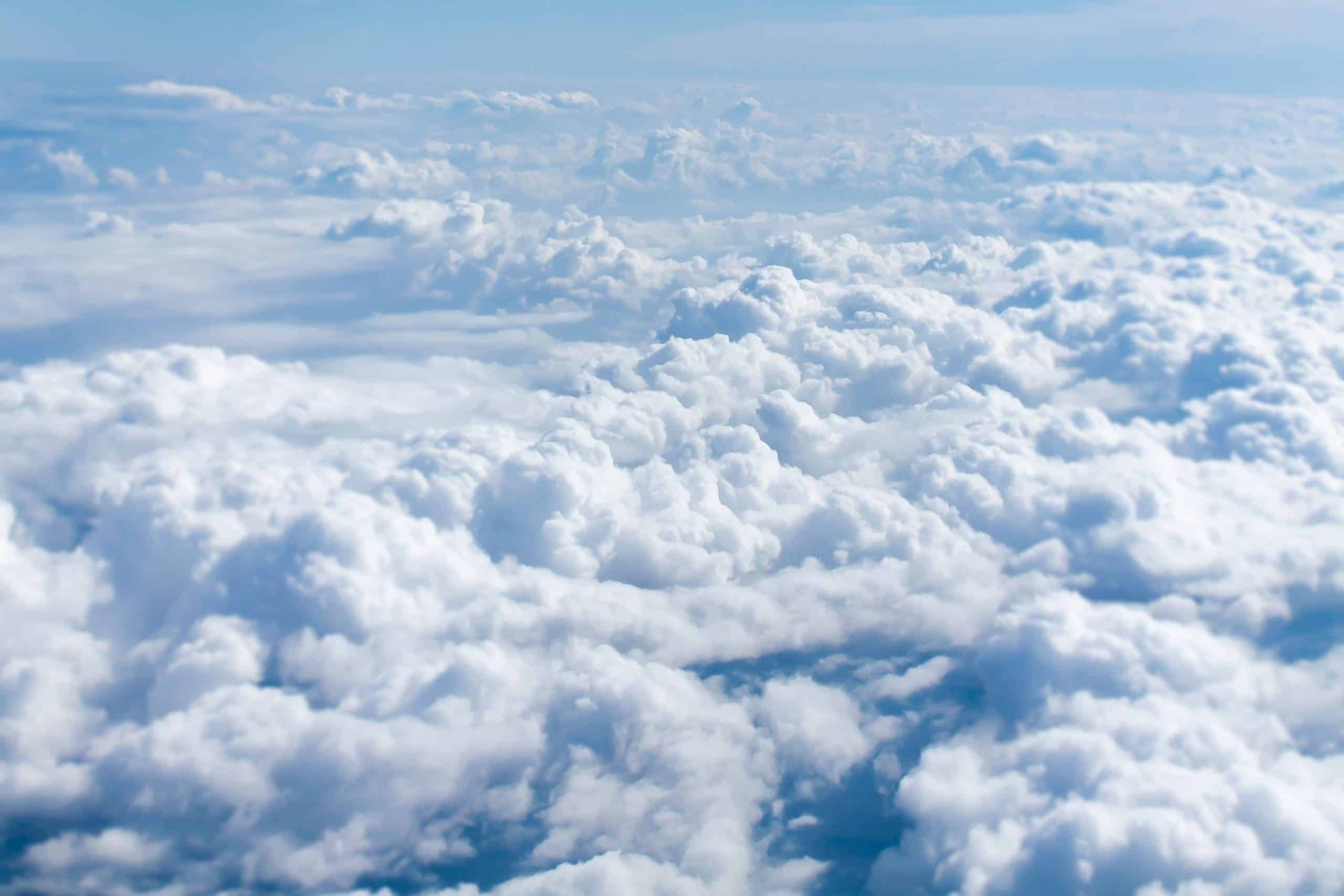 Uranus, or Ouranos, was the primordial Greek god personification of the sky. He was Titans’ father and the husband and son of Gaia, the anthropomorphic version of the earth. He was also the grandfather or great-grandfather of all of the Olympian gods (except for Aphrodite, who was technically his daughter!)

He also gave his name to the planet! Unlike the others, the English name of the planet Uranus is taken from his Greek rather than Roman name. The following facts cover the role of the sky-god and how he was significant to the formation of Greek myth.

1. Uranus was both Gaia’s son and her husband

In most versions, Gaia produced Uranus without any father. In some versions, Aether, god of light and air, was his father. Other stories still instead place his mother as Nyx, personification of night, or Hemera, who was the day. His brother was Pontus, the primordial sea god.

2. Uranus and Gaia’s first twelve children became the Titans, intermarried, and had important children of their own

The following table covers the children and their offspring. Unless otherwise marked, all husbands and wives were the full-blooded children of Uranus and Gaia, and therefore siblings.

Some of the Titans had further children with other partners, but these were the main results of their marriages.

3. Uranus locked up his other children in a vault in the bowels of the earth

His other children with Gaia were the Hecatoncheires (hundred-handed giants) and the one-eyed Cyclopes.

4. Gaia was furious and convinced her son, Kronos, to overthrow his father

Kronos attacked Uranus with a sickle made of adamant, a specially strengthened diamond of the gods, and removed his genitals. After that, Kronos became King of the Titans.

5. Uranus’s blood spilled on the Earth and the Sea, producing children

From Gaia and his blood came the Erinyes (Furies), Meliae (ash nymphs), and Giants. From Thalassa, the feminine personification of the sea, rose Aphrodite, the Olympian goddess of love.

6. In alternate versions, Aphrodite’s mother was yet another daughter of Uranus

She was Dione, the thirteenth Titan. Zeus, Uranus’s grandson, was Aphrodite’s father.

Gaia was known as Mother Earth

8. Some versions have Uranus as an elder god who ruled over time

In these myths, he was entirely vanquished by his children.

9. He was a personification, but not an anthropomorphic representation of the sky like Gaia was of the earth

In fact, Uranus was often just the sky itself but with genitals

10. After his genitals were cut, the sky and earth were separated and no more children were born

This is why the sky and earth are separated, later enforced by Atlas.

It’s from there that English gets the word celestial

12. Uranus and Gaia are reflected and reversed in Egyptian mythology

The Egyptian sky (Nut) was female and the earth (Geb) was male. They, too, were siblings who married and produced the first gods. They were also held apart by another god after their children were born.

13. The overthrowing of Uranus is echoed in several religions

Anu was a sky god for many ancient Mesopotamian religions. He was overthrown when his son, Kumarbis, bit off Anu’s genitals. Kumarbis, like Kronos, was considered the father of the gods.

14. Uranus appeared as Ouranos in Canaanite-Phoenician mythology, which was influenced by Hellenistic and Egyptian religion

There, Gaia was Ouranos’s sister and both were the children of the Hebrew’s God (known as Elyon) or Berith, who may have also been Ba’al.

15. Unlike many gods, Titans, and even primordial beings, there were no surviving cults of Uranus in the Classical era

This time period covered the 8th to the 6th century BCE. While Gaia did have cult celebrations, her worship was heavily tied with her and Uranus’s granddaughter, Demeter, who was the goddess of the harvest.

16. Uranus was the first in a chain of deities overthrown by their hubris

Uranus’s actions led to his betrayal by his wife and his mutilation by his own son, Kronos. When Kronos took the throne, he was so paranoid about being overthrown that he swallowed all of his children. He, too, was betrayed by his wife, Rhea, who saved their youngest son, Zeus.

When Zeus grew, he rescued his siblings and overthrew his father, becoming paranoid about being overthrown. He swallowed his pregnant wife, Metis. However, Metis’s child continued to grow, and Athena was born from Zeus’s forehead. Athena, however, broke the chain by never having children and supporting her father as king.

17. The word ουρανός (Ouranos), is still used to mean sky in modern Greek

It also means ‘heavens’, just as in Ancient Greek it was often used as an epithet for Olympus. The word γη (Ge), the less poetic form of Gaia, is the word for earth.

18. Uranus was the sixth planet ever known in the solar system

The Greeks and Romans knew of Mercury (Hermes), Venus (Aphrodite), Mars (Ares), Jupiter (Zeus), and Saturn (Kronos). When a sixth planet was discovered in 1781, it was named after Kronos’s father, just as Saturn was named after Zeus’s father.

As the progenitor of all of the gods, Uranus was arguably one of the most important figures in all of Greek mythology. Although he was not as traditionally worshipped as many of the other deities, his legacy was undeniable, even across religions. He started the cycle of gods. 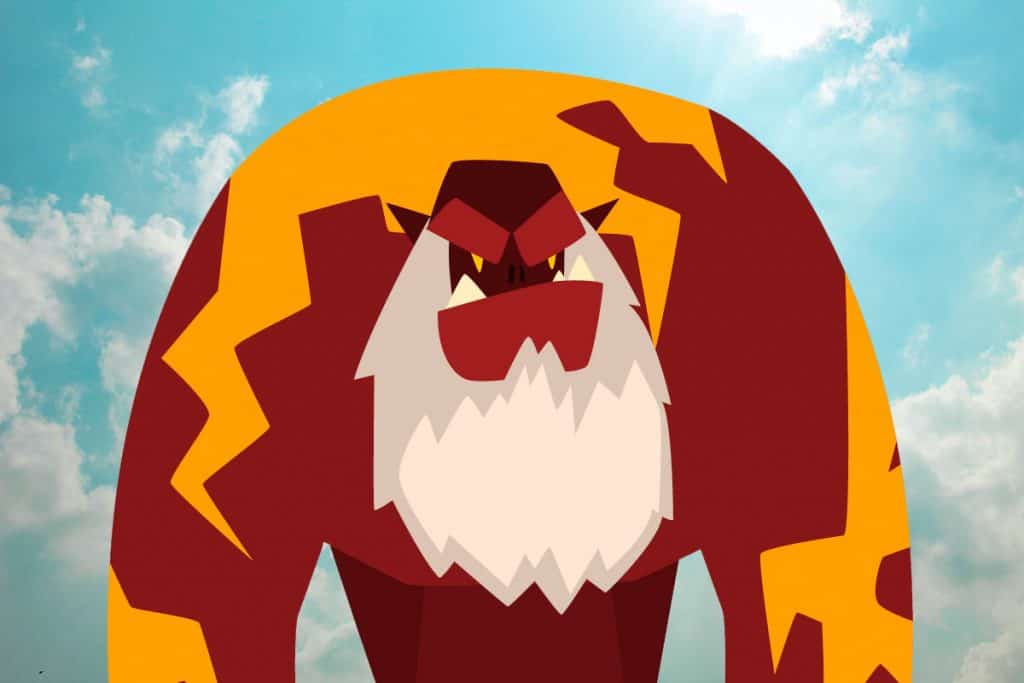 16 Interesting Facts About Cronus: From Overthrowing his Father to Becoming a Star

Cronus (or Kronos) was the youngest of the Titans and their leader. He was the …