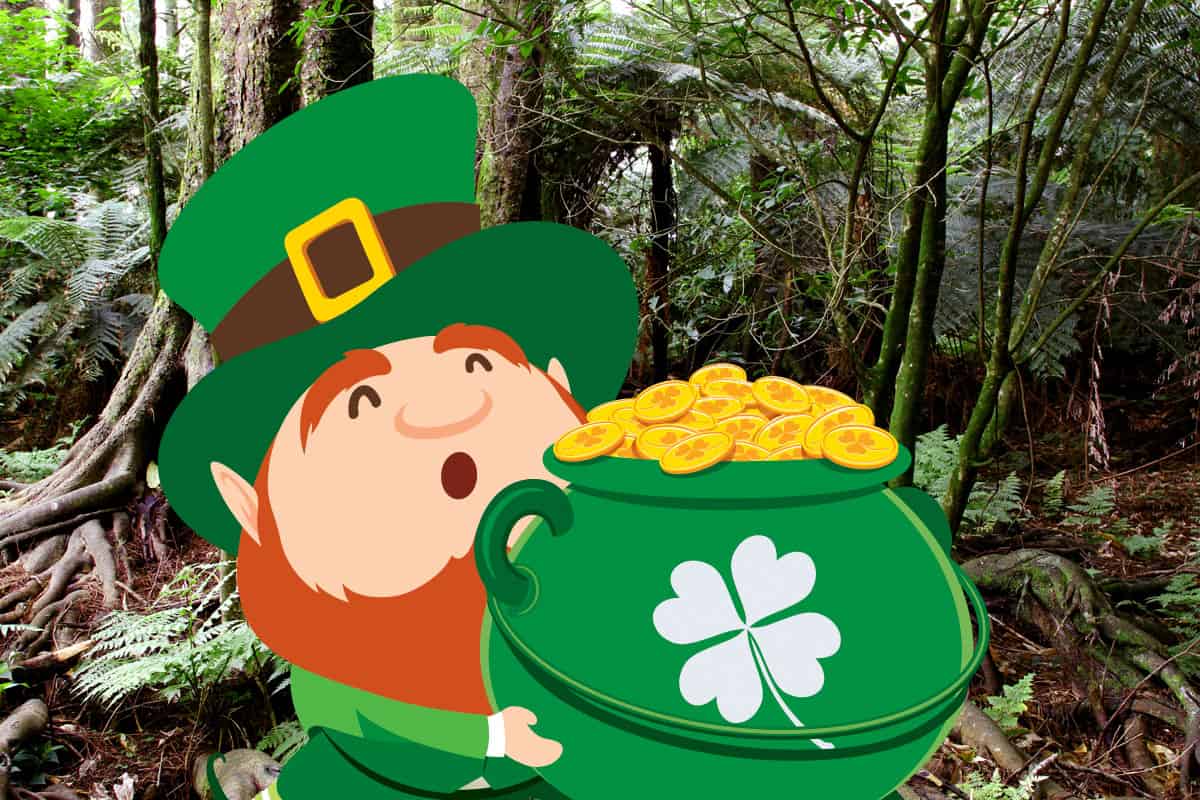 Everyone who is familiar with the country of Ireland knows what a Leprechaun is. They’re the little green men that make shoes all day. Who are these little men? And, more importantly, where are all the females?

When you see the infamous image of the green clad, shoe making Leprechaun, you might notice they are always male. Leprechauns are solitary fairies. As a result, they do not need the opposite sex, nor do they associate with them. No one really knows how they reproduce, but they do know a female has never been seen or written about. This makes a lot of sense when you consider their violent and unpleasant behavior whenever they are bothered by another.

Who are these little green men? Did they actually wear green? Let’s find out!

All About The Leprechaun

This is because solitary fairies (such as Leprechauns) mainly wore red while trooping fairies wore green.

In the past the Leprechaun was thought to be a small man, wearing a red jacket (most of the time), and fastening a fine pair of shoes. They are what is known as a “solitary fairy”. A solitary fairy differs from the traditional fairies of the Gaelic peoples.

Unlike their mystical counterparts, solitary fairies have a darker temperament that causes them to be isolated. Leprechauns are mischievous, ill tempered, and selfish. They do not tend to associate with others, even those of their own kind. And, they are not known for their abilities to hold relationships with others.

What Does Leprechaun Mean?

The origin of the name “Leprechaun” has two potential sources. The first is from the Gaelic word Luchorpan which means “small body” or “those with the small body”. These creatures are said to emerge from the waters and are thought to be connected to the ancient Celtic legends of the Fomorians.

Others believe the origins of the name comes from the old Irish word for cobbler or shoe maker. But, whatever the origin of their name, it is evident that these creatures do not have a female counterpart. But, are they the only fairy of Ireland without an opposite sex?

Not in the least!

One of the most popular solitary fairies that is only known to have one gender is the Banshee. The Banshee is the Irish mourning woman, and they are known to only be females. Therefore, this seems to be a distinctive feature of the solitary fairy identity.

Why don’t they have gender dichotomy? This is largely due to the features of the solitary fairy when compared to the trooping fairies.

First, what is a trooping fairy? A trooping fairy is a fairy that lives in a group. Group fairies are thought to be fair and beautiful, with bright and cheerful personalities. They can be frightening to humans and potentially harmful. But, they have a demeanor which sets them apart from the solitary fairy’s grim countenance.

In Scotland these groups are separated into the Seelie and Unseelie courts. These words loosely translate into the “happy” and the “unhappy” courts of fairies. But, this does not mean these fairies were always kind or good.

Here are some of the main differences between trooping and solitary fairies:

Leprechauns vs Elves: What is the Difference?

For many, interests in high fantasy, mythology, and folklore stem from the childhood pleasure of …

Human beings have a fascination with the ability to fly, and nowhere is that clearer …