Skip to content
Home » Are Sirens Evil or Dangerous? 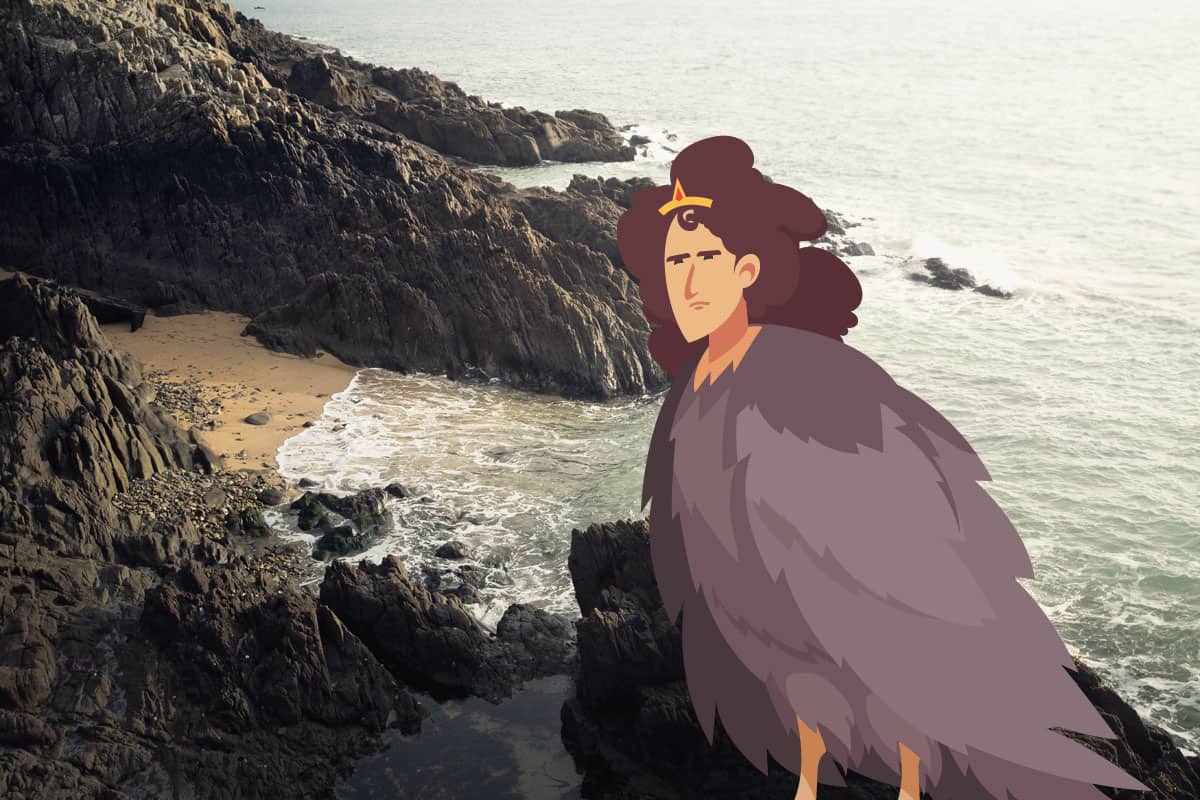 Everyone knows the myth. Women of seduction using their siren song to lull men to their death. But are they evil? Here we determine where on the line of good and evil these notorious creatures lie.

Sirens can be considered both good and evil, or neither. Just like humans they fall into the grey area of judgment. On one side you have the merciless murderer of men who will kill any male they encounter whether innocent or not, on the other you get the women who have been hurt and deceived through the actions of man and so one can somewhat understand, if not empathize, with their reasoning.

If you are curious as to what these reasonings are or why they are both good and evil, they are explained further below.

Firstly, What Exactly is a Siren?

A siren is a creature of mythology that lives in the ocean, usually on small rocky islands sometimes referred to as Sirenum scopuli. Originally, they were described as mostly bird-like with the head of a woman. Later, only the wings and legs of the bird with an attractive body and head. Nowadays they are most well known for looking like mermaids or beautiful women that can shapeshift between their mermaid and human form. Regardless of the differences in looks, one thing has stayed the same throughout time and that is their alluring and deadly song.

The siren has been documented countless times as actively pursuing the death of men but are not naturally aggressive. They only kill men due to hate and do not attack or harm women. In fact, if it is not men they are versing, they are submissive. This is evident in the cases where there have been women on board the ships. The women can hear the song but it does not affect them and no attacks have ever been recorded. Their submissiveness and avoidance of conflict is shown in the example of when Hera, wife of Zues and goddess of women, family, marriage and childbirth, held her singing contest. She would test the siren’s voices against that of her muses. The competition was intense and ultimately, the sirens lost. To humiliate the sirens further in their defeat, Hera and the muses plucked out the sirens feathers and made crowns from them which they proudly wore on their heads. Still as they ripped out their feathers and embarrassed the sirens with their gloating, the sirens did not retaliate or show resistance.

The siren song. This is the notorious weapon of choice used by the sirens. They use their poetic singing voices and project them across the waves to enchant any ships that are foolish enough to draw too close. It is said that while anyone can hear the song, only males fall under its spell. As soon as the melody hits their ears they fall into a trance like state and will do anything to reach the beauty at the source, this often results in the men ethier jumping into the water themselves to swim to the singing enchantresses or steering the ship towards them and crashing onto the rocks leading all to their death.

Many have invented ways to resist the call such as Odysseus ordering his men to fill their ears with beeswax. Others have brought a woman onboard to protect the ship while the men were tied up, or one ship resorted to bringing along Orpheus, a hero with inhuman musical abilities. As soon as the men noticed the sirens melody hit the air, Orpheuspulled out his lyre and strum a song. The sound was so loud and beautiful that it overpowered the siren’s song to all but one onboard. He jumped into the water and started frantically swimming towards the sirens. Luckily he was saved by Aphrodite. It is said the the shame of a mortal man hearing their song and having the ability to resist is so intense, that the sirens commit suicide by leaping off the rocks and drowning.

The sirens were initially the companions of Demeter and Zues’s daughter Persephone. They did not look like the sirens you know but were in fact nymphs. Persephone was the goddess of seasonal change and spring growth and the reputation of her beauty and character spread across the land. Hades, brother of Zues and king of the underworld, became infatuated with her. She rejected Hades’s advances but Hades could not give her up. One day he organised the abduction of Persephone and this is where the siren’s life would change forever.

Hades was successful in his kidnapping of Persephone and imprisoned her in the underworld forcing her to be his wife. Demeter was outraged and full of sorrow for the loss of her daughter. There are two tales as to what happened next. One writing by Ovid in the book Metamorphoses, book V, says that the sirens were so distraught that Persephone was taken that they searched everywhere that they could think of for her.

Exhausted in their efforts, they begged Demeter to give them wings so they may search the land and seas for their lost companion. Moved by their loyalty and determination, Demeter granted their wish, transforming them into sirens. Unfortunately their efforts were in vain and they could not rescue Persephone. The other version to this story is that the sirens did not ask to be transformed, but in fact were transformed as a punishment from Demeter for not intervening and saving her daughter when she was being abducted.

Whichever version is true, one thing remains, the sirens were Pesephonie’s companions and lost her against her will because of male infatuation. Whether as punishment or an impossible quest to retrieve their friend, this resulted in them being transformed and heartbroken, never being able to return to their former lives. With this knowledge, it is easy to see why the sirens have such hatred and distrust of men.

1 thought on “Are Sirens Evil or Dangerous?”