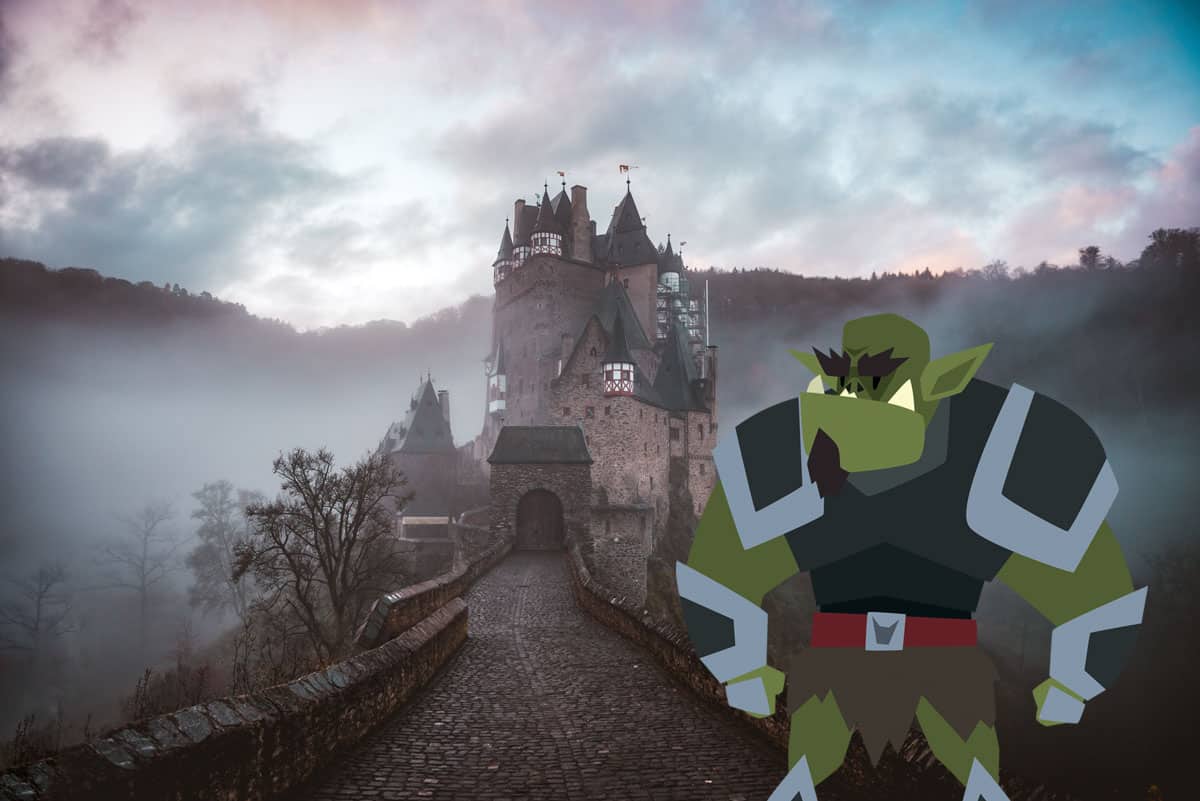 These old, tricky creatures date way back in history to the time of the faery folk in Europe, first recorded on paper in the Middle Ages. They had homes across countries in Europe, as well as equivalent creatures who existed all around the world, and they varied from friendly tricksters to malevolent and bloodthirsty kidnappers!

This article dives into some of the most significant myths and stories of goblin lore worldwide. Read on to find out what is the difference between a hobgoblin and a true goblin and to learn what, exactly, goes bump in the night!

The redcap (also known as Powrie, Red Comb, or Bloody Cap) is a goblin that lives in old, abandoned castles on the borders of Scotland and England. Its cap is red because it soaks it in the blood of its victims. He lures travelers into his building for shelter then throws large rocks to kill them. Human strength has no effect upon a redcap, but a person can ward him off with a religious rite or item such as a crucifix.

A number of redcaps, such as an individual in Perthshire and the Dutch Kabouter redcaps (also known as gnomes rather than goblins) are less harmful or even benevolent.

These Northern Spanish and Portuguese goblins are small dark-skinned humanoids with pointy hats, a hole in one hand, and stumpy legs. Each one latches on to a family and invades their house at night when they are asleep. They follow the same family even if they move houses. A trasgu likes to cause mischief by making bumps and groans in the night, and if he is angry, he will even break things like plates and glasses. However, a trasgu who likes his family might also be willing to do household chores.

In all stories, the best way to overcome him is to give him a task he finds impossible. One victim requested a basket filled with seawater, which drained away every time the goblin left the seaside. Another asked for flour carried in the trasgu’s hands after he picked it up from the mill. Every time the trasgu picked it up, it fell through the hole in his hand and straight back down to the floor. In shame at failing, the goblin always through a tantrum and eventually left for good.

Unlike regular goblins, hobgoblins are closely related to helpful brownies, little fairy-elves who often aid in fixing shoes and performing household chores. Hobgoblins still retain much of the mischievousness of their goblin brothers, though, and sometimes undo all their own excellent work! Their name comes from hob, meaning elf, and goblin.

Hobgoblins often perform tasks in exchange for bowls of cream or other trinkets. However, they take umbrage with certain types of people (particularly religious and morally exceptional folk) and tend to play constant pranks on them!

A gift of clothes is a surefire way to be rid of most hobgoblins, either because it makes them feel their job is complete or because it damages their pride.

These goblins are close relatives of ghosts. They’re created when an inanimate object is either possessed or bathed in the blood of a dead person. Like most goblins, they are sometimes benevolent and sometimes harmful, and they love to play tricks. They are extremely attuned with nature and have many powers.

Dokkaebi appear in Korean literature for children as one of the most popular types of characters. In these books, they always punish human beings for selfishness or wrongdoing and play pranks upon others. They also reward those with pure hearts. However, this can also go wrong, such as the story of the old man who befriended a dokkaebi and found, to his horror, that he was turning into one!

To be rid of the goblin, the man asked the dokkaebi what scared him. The goblin admitted that he feared blood, and the man lied and said that he was scared of money. The next day, the goblin returned to find the old man’s house drenched in blood. Angry, he returned with the man’s supposed worst fear – bags and bags of money! After that, the goblin disappeared, and the man lived rich for the rest of his days.

5. The Goblin and the Grocer

This old fairytale by Hans Christian Andersen was about a Danish goblin (nisse) that lived tied to a grocer’s service through a bowl of Christmas porridge. One day, the man upstairs – a student renting the house – came down to buy cheese. The grocer ripped a page from a poetry book to wrap the cheese. The student mocked the grocer, saying he knew nothing about poetry. He gave the cheese back and bought the book instead.

The mockery made the nisse incredibly angry. So, the goblin hurried upstairs to confront the student. When he got there, though, the goblin was entranced by the sparkling Christmas tree and the student. Later, the building burned down and the goblin, who could only save one thing, saved the poetry book, which he now thought was the greatest treasure.

Though he devoted himself to the student from then on, however, the goblin still spent time with the grocer. He still wanted his Christmas porridge!

This Japanese tale is about a boy shunned by others for his obsession with drawing cats. In the neighboring village, people were missing because of a murderous goblin-rat. The boy entered the temple where warriors had vanished. He drew cats everywhere and then, when night came, climbed inside a small cabinet.

He woke to the goblin-rat’s corpse, and the cat-drawings had blood on their mouths.

As one of the most enduring fantasy creatures worldwide, especially in Western countries, it is no surprise that goblins rank near the top of every spooky list. For those interested in folklore and the darker side of fairytales, stories and tales about goblins are a must-know for you!