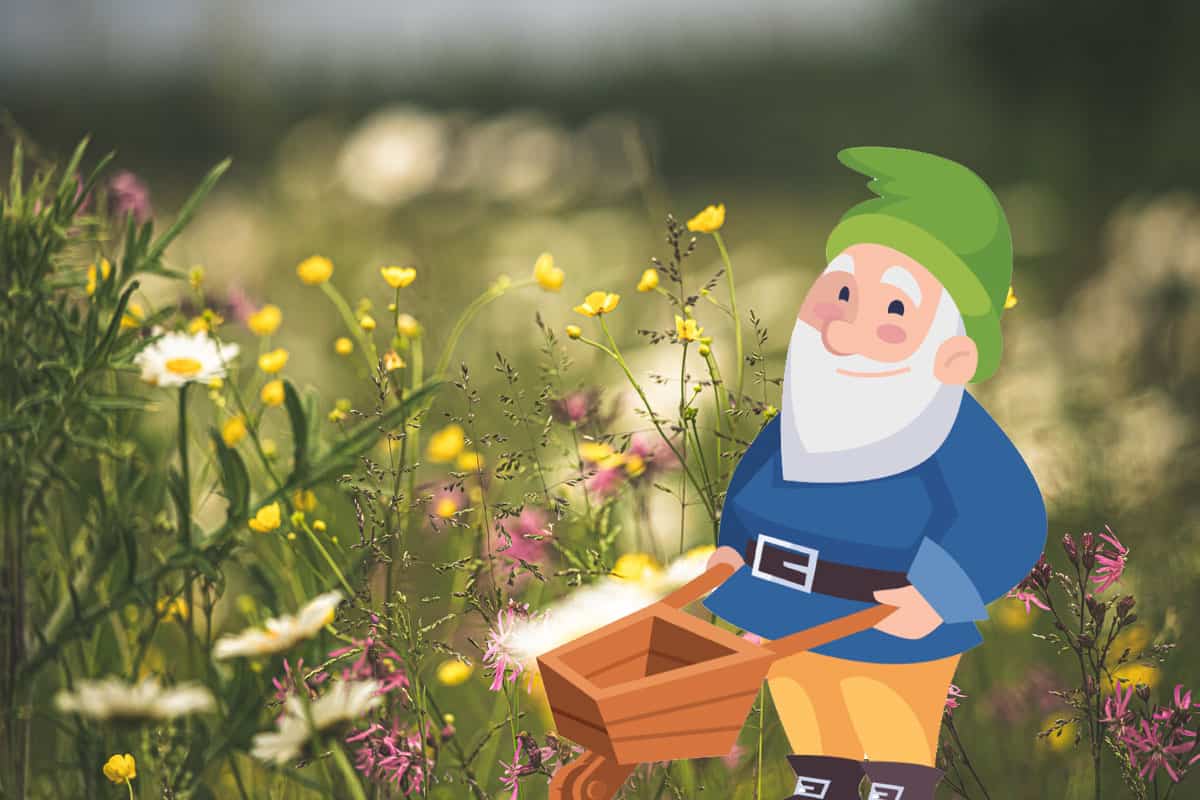 The modern garden gnome has taken on a new life in our digital culture. Often they take to traveling or are liberated by folk who feel that garden gnomes have been imprisoned by their human captors. Love them or call them tasteless, the gnome has a secret history deep in myth and folklore.

Gnomes are mythical creatures and have links to the Old Norse dvergar or dwarves. The modern gnome emerged in the writings of Paracelsus in the 1600s. The gnomes we recognize today carry close links to the Scandinavian tomte and nisse who once guarded and protected farms and homesteads.

The evolution of the modern gnome is a fascinating tale from the dim reaches of history to the chubby-cheeked garden ornaments that so many people love (and disparage). If you’d like to trace the genealogy of your quaint garden gnome, here are some of the myths behind these little bearded folk.

Gnomes: The Myths Behind the Legend

As we know them today, Gnomes have had their counterparts in myths worldwide and throughout history. However, their predecessors were the Old Norse deities called dvergar, who lived within the earth and were closely associated with precious metals.

You wouldn’t recognize the early gnomes as they’re deformed and hunched creatures far from the bright-suited ones we recognize today. Gnomes are also smaller than their dwarf ancestors, who mined and created precious metal artifacts for the Old Norse Gods.

Early gnomes were of the earth and could move underground as humans move through the air. These mythological creatures followed closely on the Norse myths, and the early gnomes often guarded buried treasures and hidden gold.

However, our modern gnomes most closely resemble the Swedish tomte and nisse of Norway. The Scandinavians embraced the tomte or ‘homestead man’ as a protective entity that lived among human folk and helped or hindered their human companions.

Another link to the tomte/nisse in our modern gnomes is how they’re dressed. The pullover tunic and belted waist with knee-breeches and stockings were farmers’ standard dress in 17th-century Scandinavia.

In the tomte myth, the early gnomes moved from underground tunnels and metalwork and became more involved in the natural world, including plants and animals. They became smaller than the historical dwarves ranging from a few inches to half the height of an adult man.

The tomte was a mischievous entity, and if their human hosts were unkind to animals or the earth, they’d retaliate against them by a series of tricks and tinkering. In some instances, they’d tie the cow’s tails together or overturn objects and break things.

These benevolent beings lived closely with humans, often helping the farmer become prosperous, tending to the livestock and fertility of crops and plant life. The humans would leave out an offering of the tomte’s favorite dish, porridge and butter, each Christmas Eve. And woe to those who neglected to give the tomte his due!

The gnomes we recognize today sprung from the Germanic tradition of gartenzwerge or garden gnomes which were popular additions to German gardens since the 1600s.

The German farm folk would display a small porcelain statue of a gnome as a protective being. The farmers often made the early garden gnomes from terracotta or even wood to discourage nighttime intruders from stealing their crops or livestock.

The German garden gnomes spread to Europe in the 1840s and became popular in France and Britain. Disneys’ first animated Snow White and the Seven Dwarves brought an upsurge in garden gnome popularity to America. Manufacturers replaced the sober Germanic gartenzwerge with the chubby-cheeked and comical gnomes we see to this day.

Almost every culture in the world has some version of a magical earth-dwelling entity that transformed over the centuries to the modern gnome we see today. Although gnomes have lost much of their early supernatural, magical powers, they’re still part of our modern culture (albeit a decorative one).

As gnomes embrace the digital age and worldwide travel, who knows where they’ll be in our collective future?