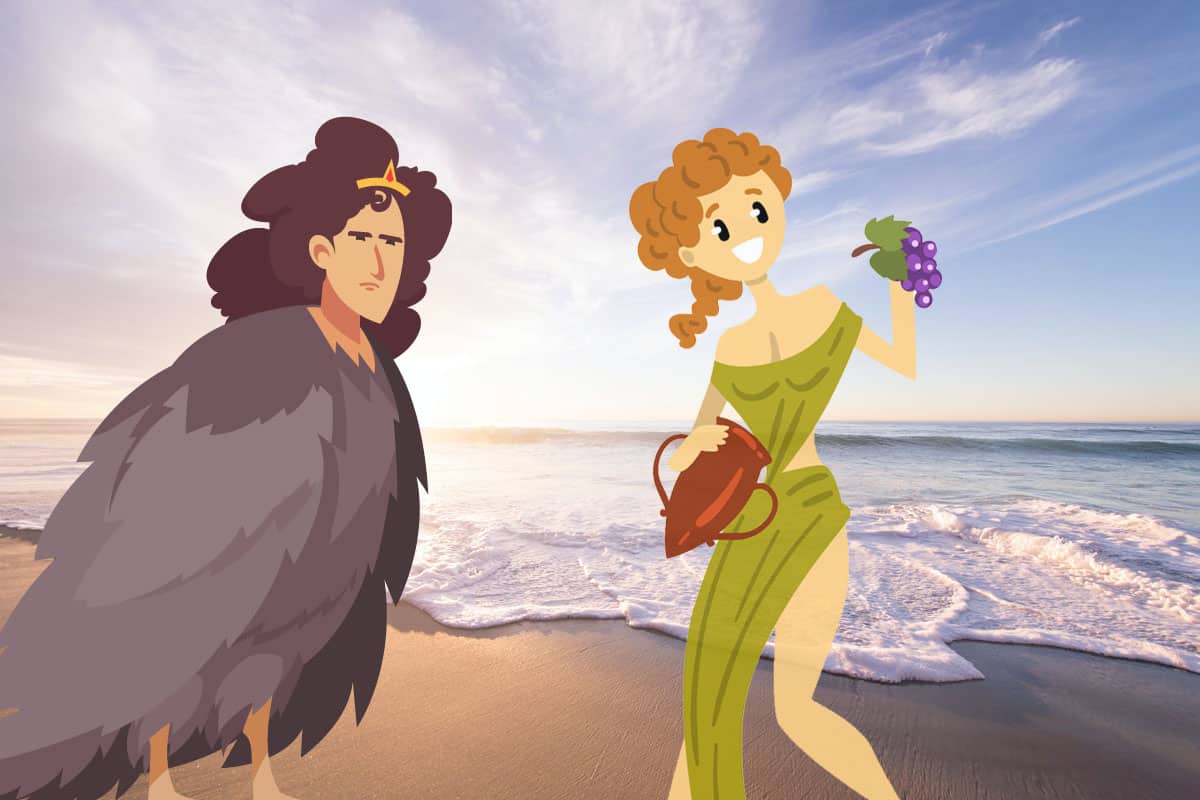 When you think of myth, beauty and mystery, sirens and nymphs might be the first things to come to mind. They are a classic example of a mysterious woman but what is the difference between them?

Sirens and nymphs an embodiment of femininity, they are very different in nature and often looks. The siren is dark, instilled with a hatred of men and want to see their deaths. Nymphs on the other hand are connected with nature, prefer to play with the men and are not known for aggression. Both Sirens and Nymphs can look like young maidens but the siren is also described to be bird-like or reflecting that of a mermaid.

If you are interested in finding out more about these differences or why their reputations are so contrasted, read on below.

So, What is the Difference between Sirens and Nymphs, Really?

The origin of the siren changes from tale to tale but it is in general agreement that they are usually the daughters of a river god by the name of Achelous or the sea god Phorcys. The mother of the sirens depends on which siren you are referring to. They would be one of the muses Calliope, Thelxiope or Terpsichore, Aglaope or Melpomene although some recordings label Sterope, daughter of the King of Porthaon, Calydon.

The nymphs, on the other hand, are actually minor female deities. It is not known where these mysterious women originated, only that they were revered and though not immortal, lived well beyond the years of a mortal.

The siren’s appearance has changed through the ages. Originally they were painted as birds with the head of a woman. This changed to be the head and body of a beautiful woman with the exception of bird wings and the talons of a bird. Often these wings are painted like angel wings, exiting their backs. Sometimes they replace their arms making them resemble harpies. In modern art and literature they look like mermaids or beautiful women that have the ability to shapeshift.

Nymphs were beautiful women. Sometimes depicted in flowing robes, often in nothing at all. They are always described as attractive and young with dainty, feminine features. They often adorned their hair with decorations of nature such as flowers. Unlike Sirens, the category of nymph is large and can be broken down into subspecies. This is because they are always referred to as being attached to a certain natural area such as a tree, ocean, river or even the forest itself. This has created different classes of nymphs, for example sea nymph or forest nymph. As such, in art they sometimes have a hue to their skin tone that reflects their type such as the tree nymphs having a greenish tone in their skin or hair, or the sea nymphs often painted as pale and cool toned. Similar to the sirens, their hair is long and wavy, often pulled up into an updo if not let loose, sometimes falling to their waist.

– Where do they Live?

Sirens live in the isles and ocean where the sea is rocky. This is because they enjoy sitting upon the rocks as they sing and play, but also because it is a useful area to trap ships. There are few places written about the sightings. In Greek tales, they label two of these as near Naples on the west coast of Italy and in the ocean between the rocks of Scylla and Aeaea. In Roman mythology, they call the rocky islands where the sirens live Sirenum scopuli. These islands are supposed to be a haunting sight with the corpses of their victims still lying rotting on top of the bones of the fallen. When not on the rocks themselves they have been known to swim in the ocean depths, interacting with boats from underneath.

Nymphs are fickle and timid creatures and are notoriously difficult to find. Because there are so many varied types of nymphs, their habits are just as numerous. The nymphs linked to the ocean were called oceanids and were found in the sea, while the nereids were connected to small bodies of water, both salt and freshwater, and so could be found in lakes, springs and rivers. The Oreads were earth nymphs found in grottos and in the mountains, the alseids in the groves and glades and the dryads in the forest and trees. All nymphs were secluded to the sphere of nature in which they are connected to.

You are probably aware of the dangers of the siren. It is well known that they use their song to lure men to their deaths and crash ships upon their rocks. But where did this reputation originate? The most famous tale of a siren encounter is in book XII of Odyssey. This tells of one of Odysseus’s adventures where he was travelling with his crew on a ship.

Following the advice of a sorceress by the name of Circe, he had his men plug their ears with wax so that they could not hear the siren’s song. He himself wished to hear what this infamous melody sounded like so he had his men tie him to the mask so that he would not steer the ship of course and into the rocks. Another tells of when the Argonauts sailed past the sirens. They did not use wax but fortunately had Orpheus onboard.

He sang so impressively that only one crew member was affected by the siren’s song. Luckily he was saved by the goddess Cypris as he attempted to leap into the water. It is said that a siren will commit suicide in shame if a mortal man were to hear their song and survive to tell the tale.

Nymphs were also alluring to men and many would lust for them without being able to take no for an answer. Whether this attention was welcomed or not depended on the nymph but the majority were spirited and would often breed with mortals and gods alike. Most children born from a nymph and a mortal were male and so would not inherit the abilities of their mother.